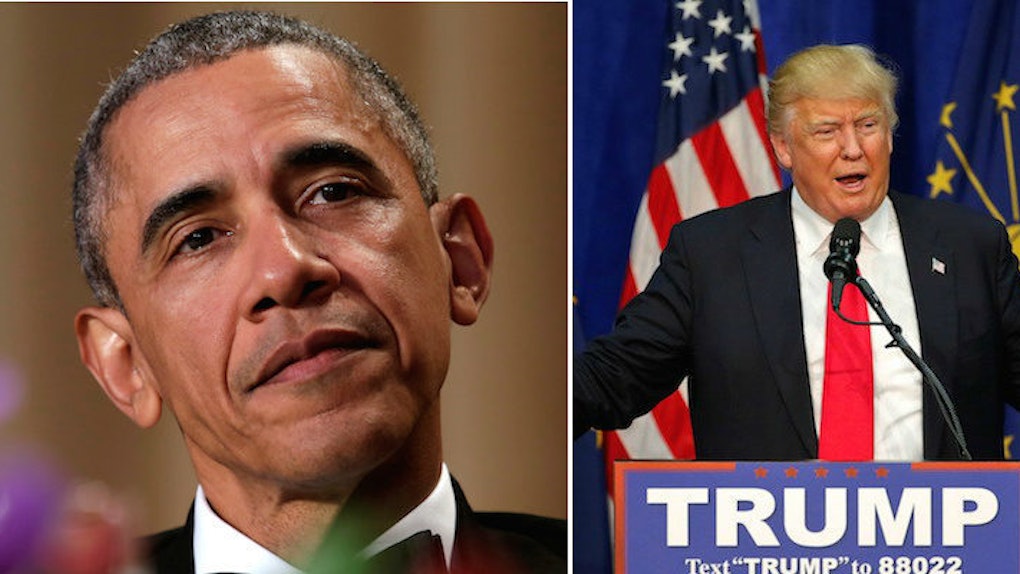 On Monday night, President Obama ripped into Donald Trump during an interview in New Hampshire, making it abundantly clear how he feels about the real estate mogul's presidential campaign.

I think that he is not somebody who even within the Republican Party can be considered as equipped to deal with the problems of this office, but look, we live in a democracy. If in fact the Republicans nominate Mr. Trump, then it's going to be an interesting fall season. I'm confident that ultimately the Democrat in that circumstance will win.

In other words, President Obama believes Trump would make a terrible president, but he also feels the GOP front-runner doesn't have a realistic chance of winning the general election.

Correspondingly, in late March, President Obama essentially accused Trump of being a source of global embarrassment for the United States.

So, it's pretty safe to say President Obama is not a fan of Donald Trump, and feels as though a Trump presidency would be disastrous for the country.

With that said, as ABC News highlights, Trump is the only Republican candidate with a realistic chance of clinching the GOP nomination prior to the GOP convention in July.

In spite of harsh criticism from the president, among many other prominent figures, Trump continues to experience election success.