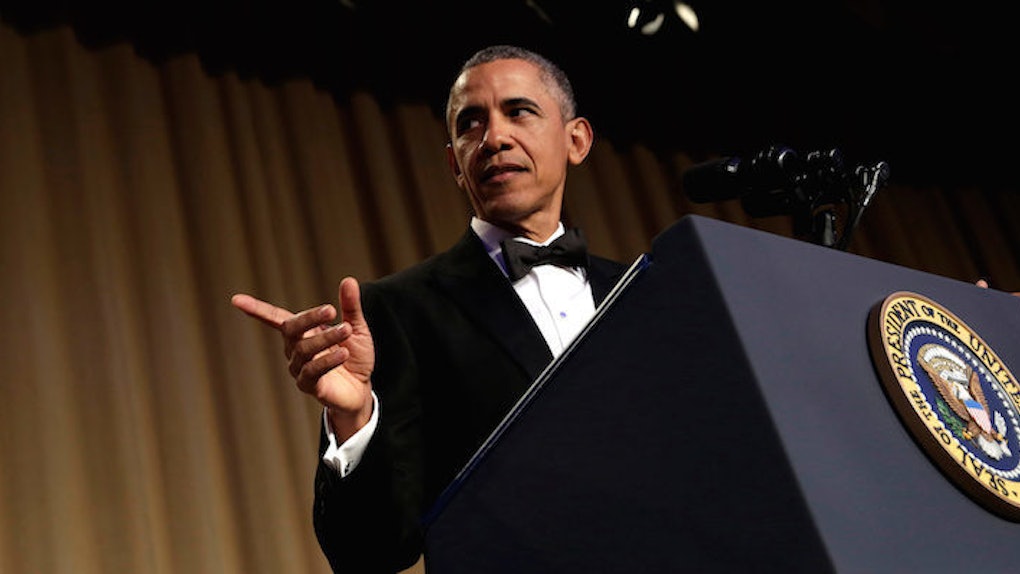 On Saturday night, President Obama spoke at the White House Correspondents' Dinner (WHCD) for the eighth and final time, and he did not disappoint.

The president's speech was jam-packed with hilarious one-liners. It was arguably the best WHCD performance of his tenure, and that's saying something.

President Obama started off with a joke about Hillary Clinton's speaking fees at Goldman Sachs, also touching on the recent decision to put Harriet Tubman on the $20 bill.

He also made fun of Clinton for her struggle to win over young voters.

But, he also made fun of himself for being old.

The president touched on a recent meeting with Prince George...

...and he threw major shade at CNN.

Bernie Sanders, who was in attendance, got a shout-out.

The president owned Senator Ted Cruz for his lack of sports knowledge.

And just when you thought he was finished, he pulled you back in.

But, he also (sort of) gave the Republican front-runner some credit for his foreign policy experience.

However, the most epic moment of the president's speech came at the very end when he literally dropped the mic.