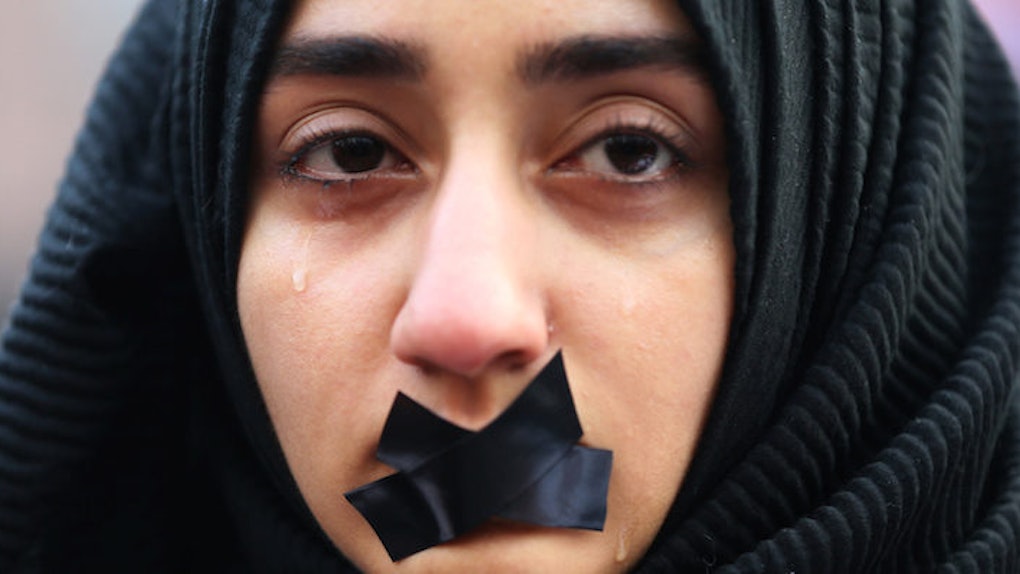 Powerful Images Of The World Showing Support For Aleppo

People across the world are taking a stand against both Syrian President Bashar al-Assad as well as his Russian and Iranian allies for the suffering they've inflicted upon Aleppo and its people.

Aleppo has endured unspeakable horrors and has been completely decimated by the war in Syria.

Sadly, much of the international community has responded with indifference throughout the five-year conflict.

But it appears some people have finally had enough and refuse to sit idly by as other human beings are being slaughtered.

Throughout the week, protests were held in cities worldwide in support of Aleppo.

The images that emerged from these protests are very moving and a testament to the common bond all humans share.

In Paris, a city that's no stranger to suffering and violence, the Eiffel Tower went dark as an expression of solidarity with Aleppo.

In Istanbul, which just suffered a devastating attack outside a soccer stadium on Saturday, thousands took to the streets to protest Russian and Iranian involvement in the destruction of Aleppo and Syria.

In Sarajevo, the capital of the country that observed the 20th anniversary of the Srebrenica massacre last year, people protested the world's silence on the ongoing suffering and violence in Aleppo.

Sarajevo understands the awful impact of war all too well.

In New York City, people gathered outside of the Russian consulate to protest Moscow's role in the awful events in Aleppo.

In Kuwait, people marched to the Russian embassy to show their support for Aleppo.

In London, protesters demanded an end to the violence outside of the Russian embassy.

People in Denver also exhibited solidarity with Aleppo, demanding an end to the killing.

Berlin also voiced its opposition to the violence in Syria and protested in solidarity with Aleppo's people.

People in Bern, Switzerland, held a vigil for Aleppo.

Residents of Amsterdam also gathered to show their support for the people of Aleppo.

People in Kiev, which has also recently witnessed the horrors of violent conflict, came together in support of Aleppo and in protest of Russia's involvement in the Syria conflict.

Meanwhile, the operation to evacuate civilians, rebels and their families from Aleppo is reportedly underway after an initial ceasefire failed.

This was supposed to occur on Wednesday, but a ceasefire agreed upon on Tuesday ultimately collapsed in less than 24 hours.

For the sake of these people, let's hope the ceasefire lasts this time.