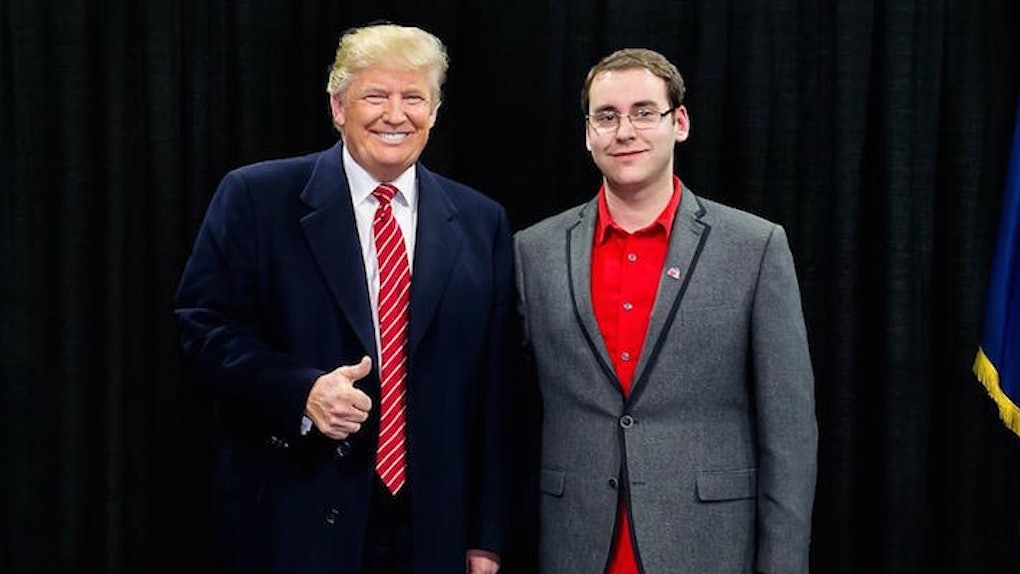 As it stands, Hillary is now ahead by 2.5 million in the popular vote. This, apparently, makes Trump furious.

Trump made headlines this week, once again, by lying in a Tweet. I use the word "lying" there very intentionally.

His claims below are pretty undeniably a total fabrication, thrust out into the digital landscape during a sudden bout of sore winning.

The thing is, it's not exactly good form to question the legality of the election process that put you in power. Not the wisest move.

But when Trump's subconscious is just a phone away from being spewed all over the populace, you get some regrettable statements.

Trump and the Republican establishment have long stoked the fears of election fraud. It is what allowed them to implant voter ID laws, which disproportionately disenfranchise minority voters — who consistently vote democrat.

Now, a voter ID law makes intuitive sense. Unfortunately, if you actually look at the numbers, you see that not only does it target minority voters, but its basic premise is entirely unnecessary.

In 2014, a professor conducted a study, looking at all the votes cast in the last 14 years. Out of around a billion ballots, only 241 possibly fraudulent ballots were discovered.

AND YET, of that tiny fraction of people who decide to cast fraudulent votes, we may now add one of Trump's own staffers.

Brandon Hall, who worked with Donald Trump's campaign in Michigan, has just been found guilty on 10 counts of election fraud, including a felony.

Jill Stein and groups like "Progress Michigan" have been calling for an official recount in Michigan for weeks now. Trump's fearmongering regarding voter fraud seems to have backfired.

Now, with this recent conviction, actual evidence of republican voter fraud has been found.

Executive director of "Progress Michigan," Lonnie Scott, said this of the matter:

Donald Trump has made claim after claim calling the integrity of the election into question, but his Michigan campaign had no problem hiring a staff member facing election law charges.

Now, again, individual voter fraud is not a realistic fear, in my opinion. But the irony here is still pretty satisfying.