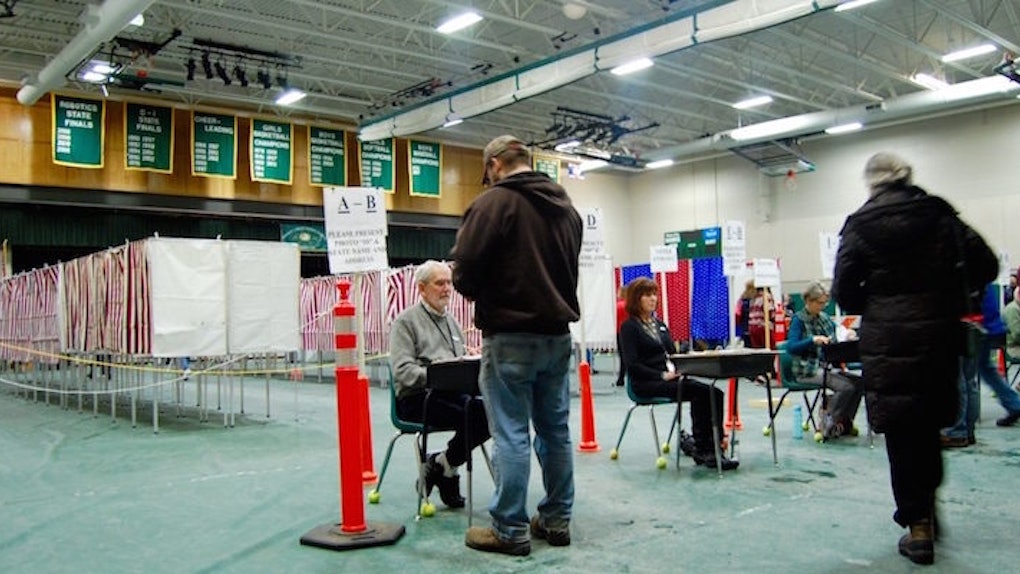 It's sweet that we get the right to vote.

That's something we really have to respect as it is a pure way to enact some amount of control over our government.

But unfortunately, the government does a lot of dumb things that work to keep many people from being able to vote.

These are a few of the rules we should change to make it all better.

When you turn 21, you automatically gain the right to drink.

You don't need to fill out a form to have that right recognized. It just happens.

That's how it should be for the right to vote as well.

But instead, as a first-time voter things are made extra confusing.

Laws have been considered in various states that would create some version of automatic registration.

Some of these bills say eligible citizens would be automatically registered after interacting with a government agency -- like by getting a driver's license or ID.

That could also be helpful for things like changing states and needing to change your registration.

There are a lot of options to make this feasible. It shouldn't be complicated.

2. Get rid of voter ID laws

Voter ID laws mean people have to show a specific kind of ID, like a government-issued photo ID, to vote.

This is generally seen as a form of voter suppression because it keeps people who do not have those IDs from being able to vote.

If you're really that concerned about voter fraud (which, like, isn't really a thing), there are other ways to check a person's identity.

For example, you can use a signature match, which is what I do in New Jersey.

Nine states do not let ex-felons vote unless they apply and get permission from the governor or court.

It's also crazy considering the war on drugs and racial issues of mass incarceration.

People who have felony convictions can automatically regain the right to vote once they complete their sentence in 38 states.

The other states need to catch up to that.

4. Standardize the methods of voting

I know, I know, states' rights and whatnot. But things get weird when every state is using a different method to vote.

Some states use paper ballots, some use electronic machines and some use punch cards.

These all have their own set of problems.

Some of those problems lead to things like the "hanging chad" situation in 2000 when the election was totally screwed up because of the damn punch cards.

If the method was standardized to one with the least possible issues, we could avoid this.

It would also make it less confusing for people who move between elections.

My grandma, for instance, was confused about her paper ballot having used an electronic machine for so many election cycles.

I don't think we're at a place where we could have online voting, but maybe one day.

Another idea in terms of standardizing would be to standardize the voter registration deadlines nationally.

Of course, we wouldn't need that deadline standardization if everyone were automatically registered.

5. Increase polling places and their hours

Many voters are unable to vote because governments make it physically difficult for them to do so.

In North Carolina this year, for instance, the Republican party lobbied to limit early voting hours on weekends and evenings -- you know, so people who work 9-5 on weekdays wouldn't be able to get there.

North Carolina also got rid of a bunch of polling places for early voting.

Not OK. People need to actually be able to vote. So we need appropriate resources.

Many people can't vote because they can't get out of work for whatever reason.

It's like, I get why Election Day is not a holiday, because you think voting should take tops 30 minutes and then back to the office, but as we know, that's not always how it turns out -- plus a lot of people don't have 30 minutes to spare with work and home duties.

Until everything else gets fixed so voting doesn't take people hours, we need this to be a federal holiday so people can actually vote.

We don't have a full democracy until everybody is equally able to use their right to have a voice in the government.