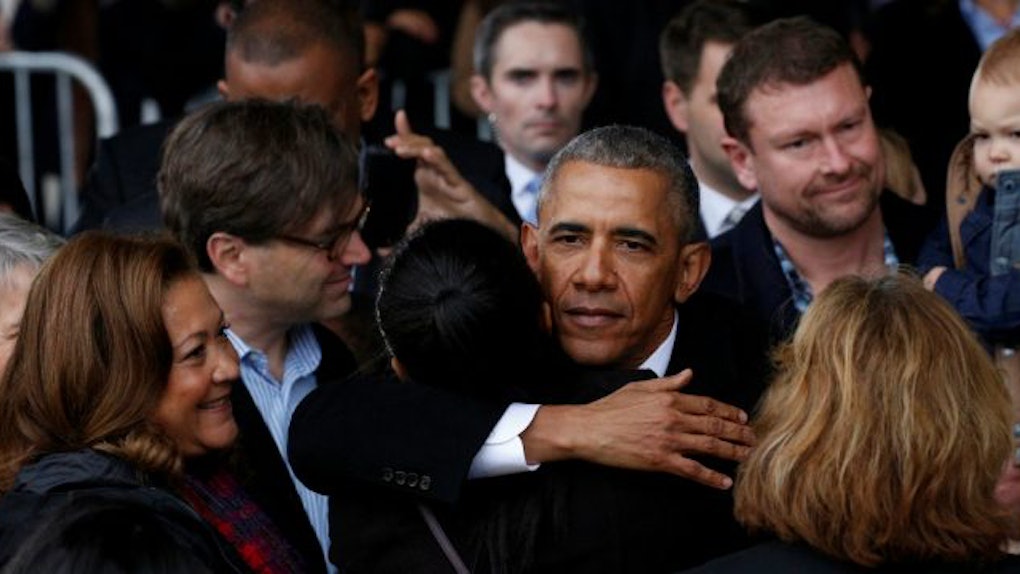 His pictures are iconic, powerful and, more often than not, incredibly humanizing of our nation's 44th president.

For eight years, we were able to watch the president experience stoic moments, play with kids, joke with press, and witness his daughters grow up.

The shot shows President Obama watching the White House shrink as his helicopter takes him and his wife, Michelle, to a quick vacation before they get started continuing their work.

Souza shared another image of Obama leaving the Oval Office this morning for the final time. Souza wrote,

What a great experience I've had the past eight years.

The images Souza took while Obama was in the White House have been archived on @petesouza44, while this account becomes his personal Instagram.

I hope you will continue to follow me. I expect to be very active on Instagram although I may not post that much initially as I try to take a little break, sleep late, do whatever my wife wants me to do, go the gym every day, see some concerts, watch some movies, read some books, drink some wine... you get idea.

Even though Obama has said farewell to the White House and the presidency, that doesn't mean that he'll be retiring. He knows there is still a great amount of work to do.

In his final thank you note to America, Obama wrote:

All of us, regardless of party, should throw ourselves into that work — the joyous work of citizenship. Not just when there's an election, not just when our own narrow interest is at stake, but over the full span of a lifetime. I'll be right there with you every step of the way.