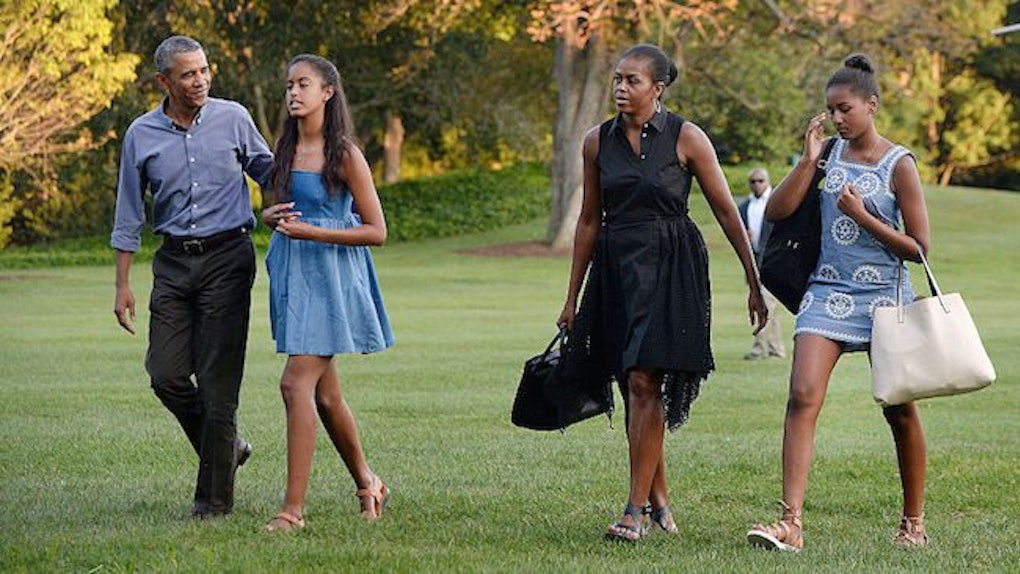 Obama Is Celebrating His Birthday At Martha's Vineyard With His Family

A lot of us have taken time today to give a shoutout to former President Barack Obama on his 56th birthday.

While some of us spend today nostalgically longing for the stable days of the former presidency, Obama is spending his birthday at Martha's Vineyard, Newsweek reports.

Just to confuse us all, Martha's Vineyard is not actually a vineyard: It's a picturesque island off the coast of Massachusetts. Specifically, the Obamas are headed to a small region of the island called Chilmark.

Martha's Vineyard Times reports that the Obamas are arriving this weekend to vacation but weren't able to provide specifics.

Even while they're no longer in office, the Obamas haven't failed to continue being that adorable family we all fawn over. During their stays in Martha's Vineyard, they often spend their time in Chilmark golfing, biking around, and dining at their favorite restaurants, MV Times reports.

Sasha even worked at Nancy's, one of the restaurants on the island, last summer. The family spent seven out of eight of their summer vacations here while in office, so it holds a certain personal traditional value for them.

The whole family is set to go together, leaving just before Malia is due to attend Harvard University later this month. The Vineyard Gazette reports this will be their longest stay there yet, and they've certainly earned the break.

Despite the obvious secrecy surrounding their whereabouts that officials have to maintain, the Obamas seem gracious and personable, even while trying to get away from it all. These photos in the Gazette from the Obamas' vacation in 2016 make us all long for the days when this man was shaking hands with other world leaders.

What one resident told the MV Times totally sums up the nostalgia we're all feeling today. Resident Faith Smalley says,

If there's going to be one president or political figure to muck up our Island, I'm glad it's Obama.

We just wish we were all there to celebrate with him.