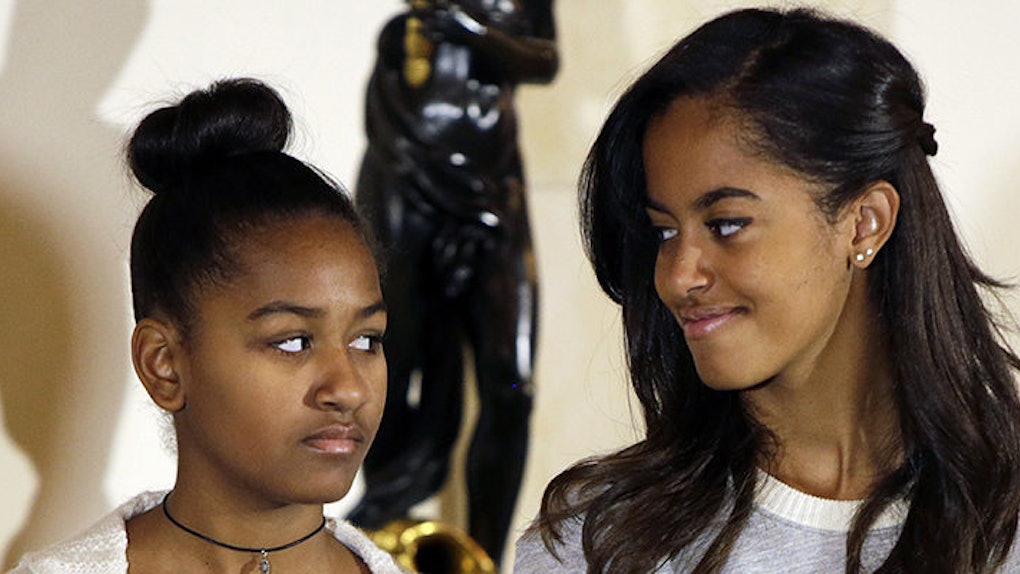 Sasha Obama might be one of the most well-known teens in America, but there's one experience she'll have in common with everyone else: working a job.

This week, President Obama's youngest daughter starting working perhaps the most clichéd of teenage summer jobs, aka serving takeout at a restaurant.

A server at Nancy's seafood restaurant in Martha's Vineyard told the Boston Herald,

She's been working downstairs at takeout. We were wondering why there were six people helping this girl, but then we found out who it was.

According to the Herald, 15-year-old Sasha has been working the cash register, busing tables and helping prepare the restaurant for its opening every day.

But before you go on about how relatable Sasha is, consider the other details.

Those "six people helping this girl" the server who spoke to the Herald mentioned? Yeah, those are Secret Service agents. As for her shift, Sasha works early in four-hour blocks and leaves 30 minutes after the restaurant opens.

Plus, she'll only be working at Nancy's until the weekend, when her parents come to town for their annual vacation in Martha's Vineyard.

Another employee at Nancy's told the Boston Herald,

She's been around for a few days. It's pretty random.

It indeed does sound random, almost as if Michelle gave Sasha a punishment.

Hey, everyone has to be humbled, even the Obama kids.