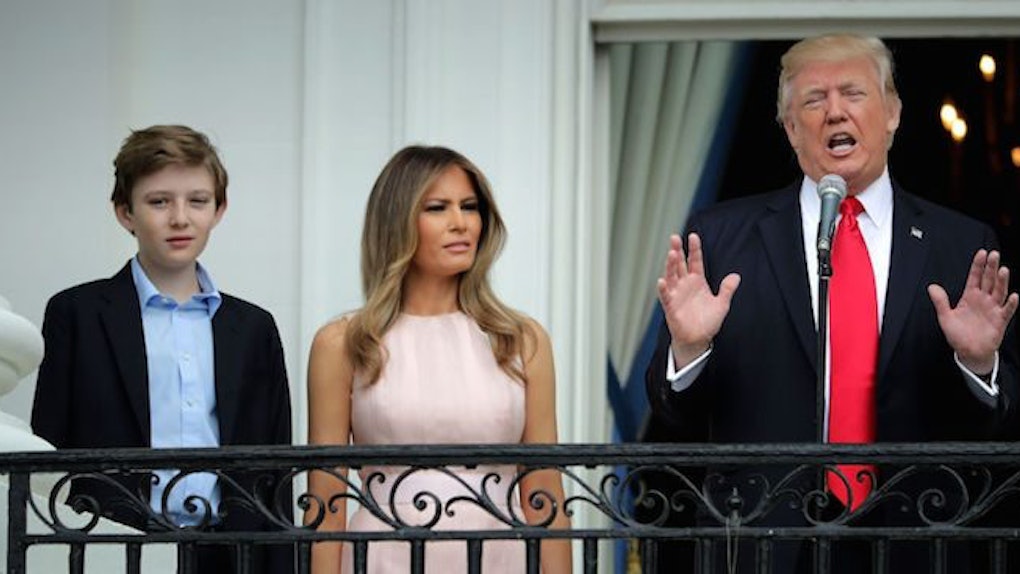 Melania And Barron Trump Have A White House Move-In Date

Melania Trump and her young son, Barron, will officially be moving into the White House this month.

This is a long-awaited move from New York City to Washington D.C.

After the election in November, Trump decided that she and Barron would not be moving to D.C. with Donald Trump when he moved there following the January inauguration.

Instead, Trump and Barron remained in New York City. This has incurred a major cost for their security in the city. Living in New York is expensive, fam.

Trump and Barron remained in NYC so the 11-year-old could finish out his school year.

Following the election, the White House has maintained that Barron and Trump would move to D.C. in the summer.

Mrs. Trump will be moving to D.C. and settling into the White House at the end of the school year, splitting her time between New York and D.C. in the meantime.

Barron has been attending Columbia Grammar and Preparatory School on the Upper West Side in New York City.

Switching schools in the middle of the school year is a pretty difficult thing to do for adolescents, and the Trumps apparently had that in mind in making this decision.

But it appears that Barron's school year is finishing up and his summer break is about to start.

Barron and Trump will officially be moving to Washington D.C. on June 14.

This is according to a report by Politico.

The timing of this move gives the pair some time to settle into the new city before Barron starts school again at the end of summer.

In the upcoming school year, Barron will be attending the private school St. Andrew's Episcopal School in Potomac, Maryland. This is a somewhat unusual move as most presidential children in the past five decades have attended Sidwell Friends in D.C., including Sasha and Malia Obama.

Some people believe that Trump's presence in the White House will calm the president down some.

It's believed that Trump attempts to stop her husband from sending crazy tweets, according to Politico. Trump also reportedly helps tell her husband about the news.

"She's a strong influence and personality, and I think she comforts him," Sam Nunberg, a former Trump campaign aide, told Politico. He added that he's "very happy" about the upcoming move.

Melania Trump's parents, Viktor and Amalija Knavs, will also be around the White House, although they are reportedly not planning to move to Washington D.C.