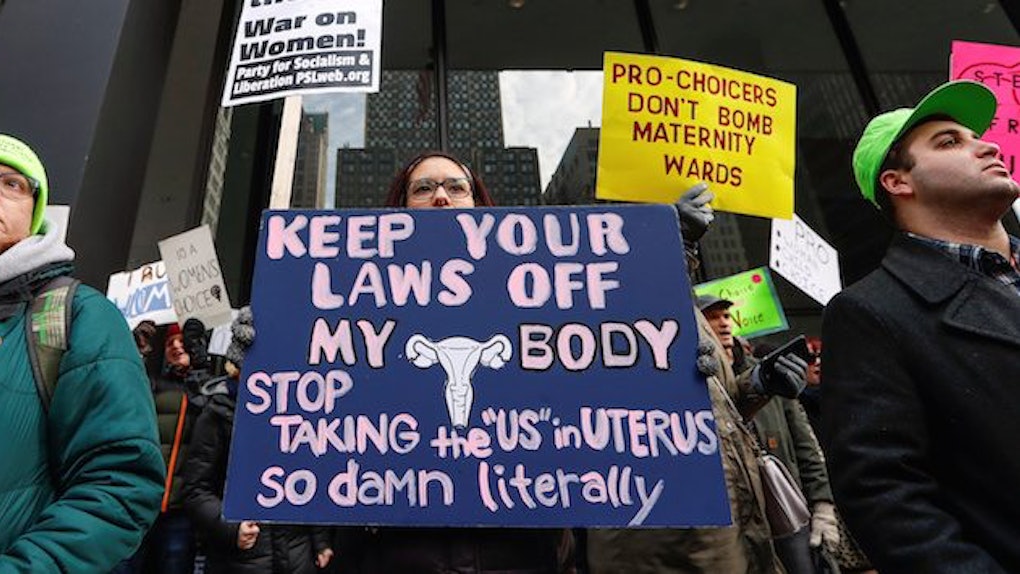 Law May Allow Husbands To Forbid Wives From Abortions

A new law signed in Arkansas is designed to allow spouses and parents the option of suing after a woman has a certain abortion procedure.

It was signed by Governor Asa Hutchinson on Thursday, January 26.

The suing part is just a small piece of it; the overall law bans the dilation and evacuation (D&E) method of abortion.

The D&E method is the most common procedure for second-trimester abortions (i.e. after about 14 weeks).

It is also the safest procedure for abortions at that stage.

The law makes it a felony to do those procedures. So, in a way, it is essentially banning abortions after the first trimester.

Six other states have attempted to ban the D&E procedure. These attempts have all been temporarily blocked by legal challenges.

Amanda Allen, senior state legislative counsel at the Center for Reproductive Rights, said in a statement,

It's simply shameful that politicians in Arkansas spent valuable time and resources on fast tracking a cruel and unconstitutional ban on a safe method of ending a pregnancy in the second trimester. When challenged in court, these bans do not pass constitutional muster, yet politicians continue to advance them to prove their anti-abortion bona fides — at the expense of women and their health.

The law also gives parents and spouses of a woman the right to sue abortion providers after an abortion has been provided.

There is, reportedly, no exception for rape or incest.

It's unclear how much of an effect that would actually have, the Daily Beast explained, because it only applies to the D&E method, which is banned under the law. So it would allow husbands to sue after a procedure that's already not allowed under the law.

Aside from that, there's some precedent that could challenge that part of the law.

Meaning, married women used to have to tell their husbands before they were allowed to have an abortion.

The Supreme Court ruled that unconstitutional, saying that it put an "undue burden" on women.

This created the "undue burden" standard, which basically means that it is unconstitutional for a law to make it unnecessarily hard for a woman to access her right to abortion.

The short answer is NO. It is not constitutional to give someone else, parent or husband, a veto power over your abortion under Casey.

When it comes to parental consent, there are some states that require it for minors. But, those states have to have an alternative, like a court-approved bypass.

The "undue burden" standard was upheld by the Supreme Court in last year's Whole Woman's Health v. Hellerstedt case. That means that other courts have to continue to follow that standard.

We're already seeing that happen. At the end of 2016, Texas tried to implement a rule that aborted fetal remains had to be cremated or buried.

This was swiftly challenged by the Center for Reproductive Rights and Whole Woman's Health. That challenge led to the law being struck down by a judge, using the undue burden test.

Update, 2/6: The original article incorrectly stated that spouses and parents could sue to stop an abortion. They can only sue after a D&E abortion has been done. This has been corrected.