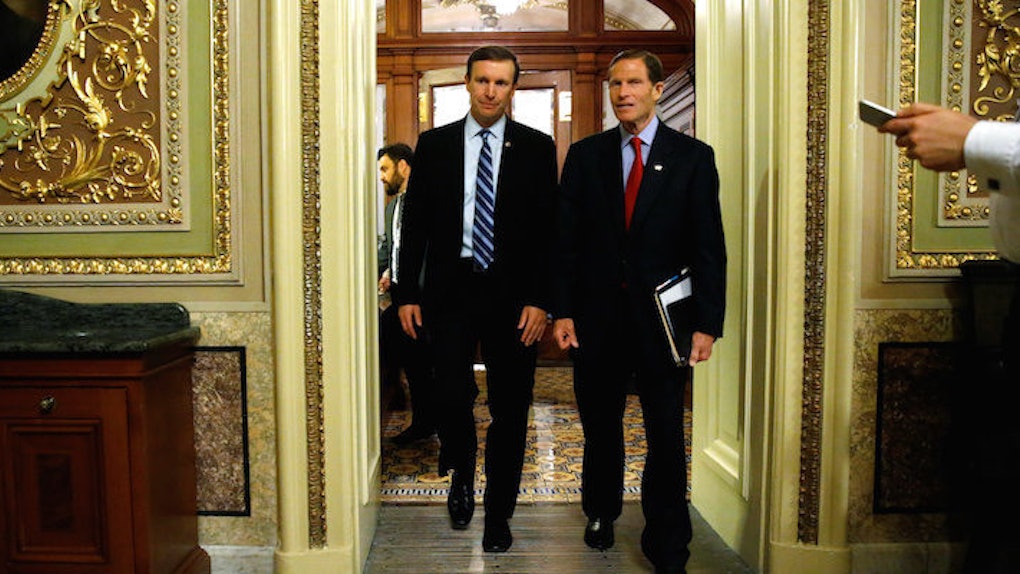 Senator Christopher Murphy held a 15-hour filibuster on the Senate floor on Wednesday.

The Democratic Senator from Connecticut held the floor to demand action on gun control. This comes after 49 people were killed at Pulse nightclub in Orlando, Florida in the deadliest shooting in America.

Murphy wanted the Senate to vote on two measures. The first is banning people on the government terror watch list from being able to purchase guns. The second is increased background checks for gun purchases.

You may be thinking those are not entirely revolutionary ideas.

Essentially, those two measures say people who the government can statistically suspect may use guns to commit violence against other humans should not be able to get those guns.

I mean, people on the terror watch list aren't allowed on airplanes, where you have to go through security, but under federal laws, they can just go get guns. That's kind of bizarre logic.

Your elected officials are supposed to represent your desires.

Ninety-two percent of Americans (including 87 percent of Republicans) want all gun buyers to go through background checks, according to a poll conducted last October. But for whatever reason, Congress -- and the Republicans -- won't pass this legislation.

Murphy was mad about this, so he started to filibuster.

Murphy held the Senate floor with major support from Connecticut Senator Richard Blumenthal. It was especially fitting for the Connecticut senators to lead this filibuster since 20 children and six adults were killed in Connecticut in 2012 at Sandy Hook Elementary School in Newtown.

The senators were angry because that happened, and then, you know, Senate passed zero gun control laws to even try to prevent that kind of horror from happening again in this country.

We need more than a vigil and a bouquet. We need action.

Murphy held the floor for 15 hours. He allowed other senators to take the floor to ask him questions, which basically meant they gave speeches that ended with an easy question for Murphy. Democratic senators essentially just gave him support and breaks with the "questions." (Senator Bernie Sanders was not present.)

The filibuster ended before 2 am on Thursday with an announcement that the Senate agreed to vote on the two measures.

That vote has not happened yet.

This wasn't a real filibuster, if you want to get technical about it. A real filibuster is to stop a bill, but this was to force a vote to pass a bill. As The New York Times pointed out, the senators probably still would've gotten their vote on these measures without the filibuster.

But by doing this, the senators raised the profile of the issue -- getting it trending on social media and bringing in tens of thousands of calls from citizens.

This means when/if the Republican senators vote down these measures, which they are expected to do, more people around the country are watching.

These are not major gun control measures.

They are only keeping weapons out of the hands of people who are reasonably suspected of committing violence against others.

But at this point, this basic control is just about the most we can ask of our Congress, which otherwise has done absolutely nothing to prevent the next mass shooting. We'll see what happens in the vote.