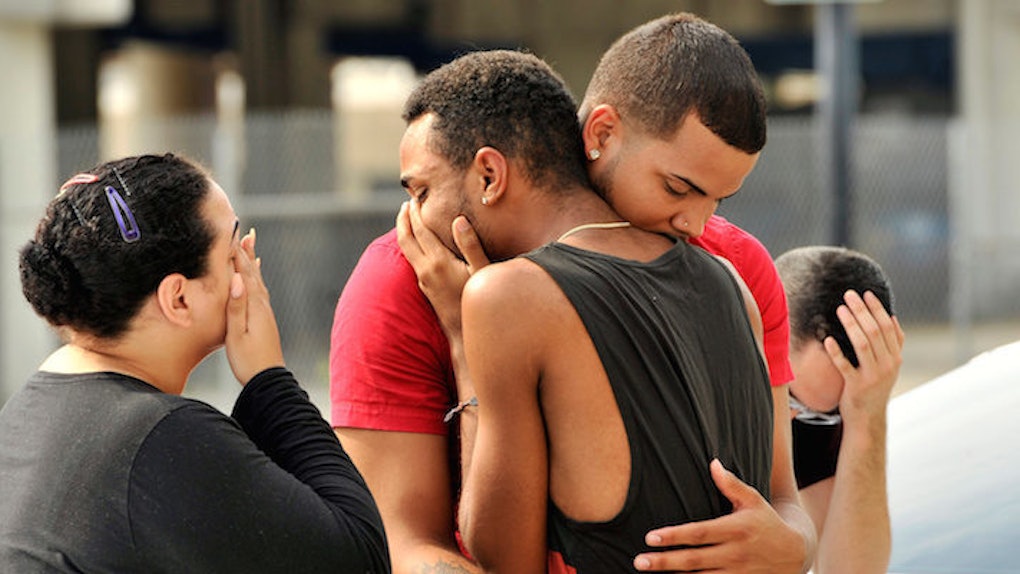 Almost immediately, the more than 300 people in the club started dropping to the floor to crawl and hide while others fled. According to witnesses, the shooting lasted an entire song.

Everyone get out of Pulse and keep running.

According to The Los Angeles Times, around 5 am, a SWAT team entered the nightclub, drawing some fire from Mateen before killing him.

The Los Angeles Times additionally reported, prior to entering the club and committing this heinous crime, Mateen called 911 and pledged his allegiance to the Islamic State.

As police gained control of the situation, one thing became readily apparent: This was the deadliest mass shooting in US history.

The incident is reportedly being investigated as an act of terrorism, according to NBC News. However, the shooter's father told NBC it wasn't about religion, instead, it was about his son's own apparent homophobia.

If you are looking to help the Orlando blood bank desperately needs blood donors.

A release from OneBlood said,

There is an urgent need for O Negative, O Positive and AB Plasma blood donors following a mass shooting in Orlando, Florida. Dozens of people have been injured and taken to area hospitals. The need for blood continues.

To find a donation center near you, visit www.oneblood.org or call 1.888.9Donate. As of publication, the site is down, likely due to overwhelming traffic, so consider calling if you or someone you know would like to donate blood.

Our thoughts are with all victims and their families on this tragic day.