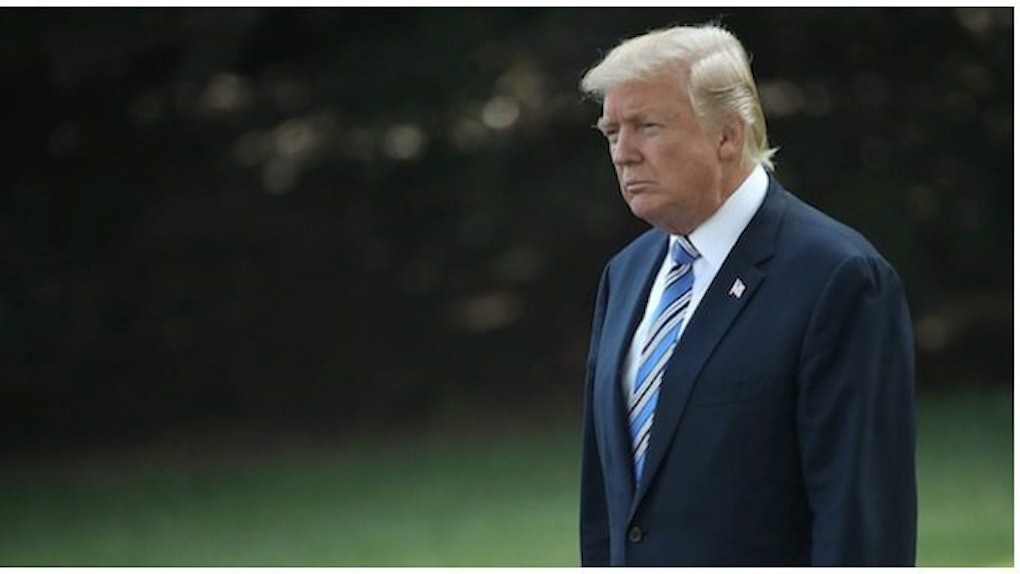 Can A Grand Jury Impeach Trump? Not Exactly

Earlier on Thursday, Aug. 3, the Wall Street Journal reported that special counsel Robert Mueller has convened a grand jury for his Russia investigation. This essentially means that the investigation into alleged Russian interference in the U.S. presidential election is heating up, and Mueller is most likely seeking subpoena power and witness testimony. This could be bad news for President Donald Trump, whose campaign is being investigated for allegedly working with Russia to win the election. Meanwhile, onlookers are watching for signs that the president himself committed obstruction of justice.

But does Mueller's grand jury mean that Trump is close to being impeached?

Not really. Impeachment is a congressional process, so it's up to them to make moves on an actual impeachment. A grand jury technically plays no role in an impeachment process.

In fact, the presence of a grand jury means, in all likelihood, that this is just the beginning of a very long process. That said, it does mean that things are not looking good for the 45th president. Mueller's grand jury isn't the same as a grand jury in a typical trial. It may mean that Mueller most likely believes there is reason to ramp up the investigation.

The grand jury is a powerful tool, allowing Mueller to subpoena records, compel witnesses to testify under oath, -- and seek indictments if there is evidence of a crime.

Some experts postulate that firing Comey and writing his son's statement could get Trump pegged for obstruction of justice, but even without obstruction, Trump's own mouth could get him in the end. Mueller's grand jury, theoretically speaking, could lead to a subpoena for the president, compelling him to testify under oath.

He would have to testify truthfully about Russian interference in the U.S. election, allegations of collusion between his campaign and the foreign nation, and possibly accusations that he attempted to impede the investigation by dictating a misleading statement to the press about a meeting between his son and Russian lawyers and by firing former FBI Director James Comey.

Should Trump have to testify and lie under oath for whatever reason, it could spell doom for his tenure as president. After all, Bill Clinton was brought up on impeachment charges for lying under oath to a federal grand jury during the Monica Lewinsky investigation.