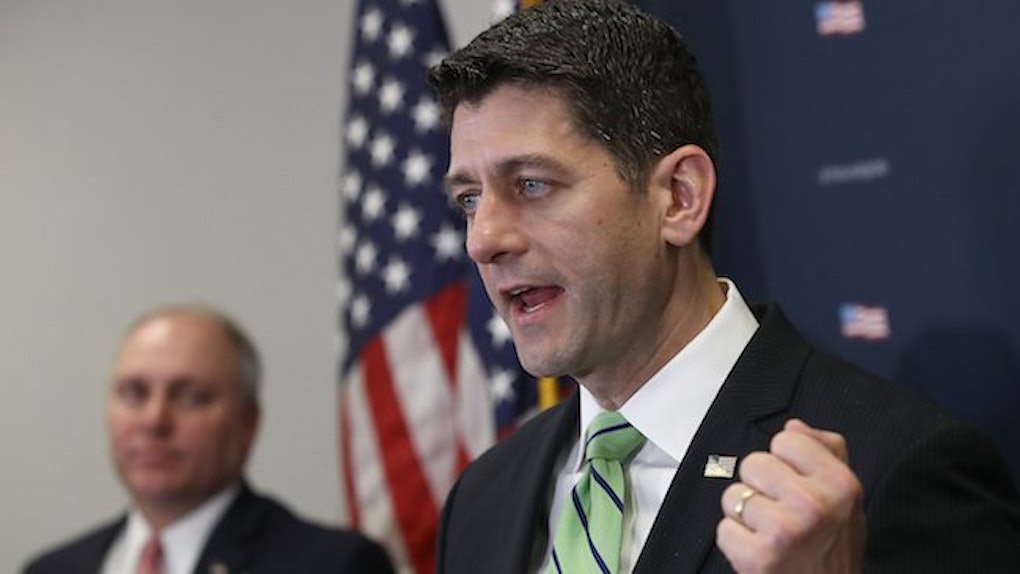 GOP Wants To Keep Some Obamacare Provisions For Themselves

Republicans are pushing to repeal and replace Obamacare, while also seeking to exempt members of Congress and their staffs from losing some of its popular provisions, Vox reports. Update: On Thursday, the House of Representatives passed the American Health Care Act and it will now go to the Senate.

Earlier: In other words, they are fighting for a new health care plan, the American Health Care Act (AHCA), they don't even totally want for themselves.

Under the new plan, insurers would still be required to cover people with preexisting medical conditions, but they could raise the premiums for these individuals.

So, this essentially means Republicans want to allow insurers to charge sick people more money for coverage, but they do not want this to apply to them or their staffs.

According to Vox, after they reported this story, Rep. Tom MacArthur (R-N.J.) released a statement saying this loophole would be closed.

But this change is not included in the current version of the AHCA, and will reportedly come via separate legislation.

So, on Thursday, the bill Republicans are voting on still includes the exemption for members of Congress and their staffs.

Republicans attempted to repeal and replace Obamacare in March, but failed miserably due the unpopularity of the proposed replacement plan.

They are at it again, and it appears they might have enough votes to push it through the House on Thursday.

The latest text for the bill was posted on Wednesday night, less than a day before the vote.

It includes an $8 billion amendment aimed to help people with preexisting conditions afford the cost of insurance.

But experts are skeptical as to whether or not this will really help.

Even Rep. Fred Upton (R-Mich.), the lead sponsor of the $8 billion amendment, is unsure.

Is it enough money? I don't know. That's the question that I asked and was led to believe that $5 billion would be enough, which is why it's $8 billion.

Republicans are trying to vote on this new plan on Thursday without a report from the Congressional Budget Office (CBO) that offers a detailed analysis of the impact of the changes to their proposed healthcare overhaul, The Hill reports.

This means the GOP is fighting for a health care plan without comprehensive knowledge of its overall costs or the number of people who could end up without insurance.

The CBO originally estimated roughly 24 million people could lose their insurance by 2026 under the GOP's plan.

Long story short, Republicans are sprinting toward repealing and replacing Obamacare with a plan they don't fully want, with evidence millions could lose insurance if it goes through, without a full understanding of how bad things could get.