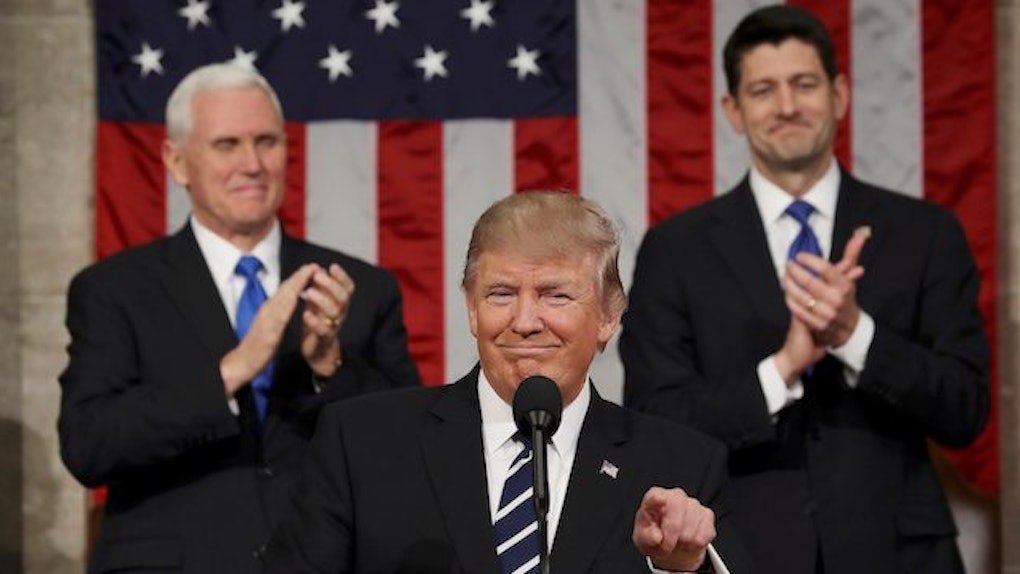 The House Republicans, led by Paul Ryan, have a health care plan that would hurt millennials' wallets.

The GOP's American Health Care Act would replace the Affordable Care Act (aka Obamacare), and there are a lot of changes.

Some of the changes include taking away the requirement everyone should have health insurance and changing the way it's paid for by individuals. It also makes cuts to Medicaid and defunds Planned Parenthood for a year.

While the plan would save the government money, it's predicted to leave 24 million people without insurance by 2026.

What does this mean for me?

Young people with decent incomes and employment — especially those younger than 26 — won't see too many immediate changes to health insurance.

People who rely on Medicaid, however, could see health care losses without support from the federal government. People who buy health insurance individually would also see changes.

The GOP plan keeps the rules that people up to 26 can stay on their parents' insurance and people with pre-existing conditions can't be denied insurance for them — i.e. the two best parts of Obamacare.

But other updates in the AHCA would financially (and possibly physically) harm millennials.

Getting back on insurance if you lose it will be miserable.

The GOP plan takes away the requirement to have insurance, but it makes a financial incentive to pay for it.

That financial incentive is saying if you don't have insurance for 63 days or more, you'll have to pay a lot more to get it back — a 30 percent charge on the premium.

Meanwhile, the cost of premiums would rise by 15 or 20 percent in 2018 and 2019, according to the Congressional Budget Office analysis.

So if you lose insurance between jobs, while freelancing or something along those lines, getting it back is going to cost you.

You could find yourself paying more for medical treatment.

What that means is people on non-group insurance (i.e. individual, not through work) and people with lower incomes will have to pay "significantly" more out-of-pocket, according to the CBO.

Replacing subsidies with tax credits will affect the money in your pocket.

Both of these give you money, yes, but in different ways. The subsidy comes when you're buying the health insurance.

The tax credit, however, comes when you pay your taxes, according to Newsweek. So if you don't have the money in your pocket to pay for insurance, you may struggle to pay.

The tax credit is also based on age rather than income, unlike Obamacare. So, again, low-income people will face more challenges.

Then there's the Planned Parenthood effects.

The CBO estimated one year without Planned Parenthood funding would lead to thousands more births for women unable to otherwise obtain contraceptives.

Pregnancies, births and, uh, children, cost a lot of money. Even if you are not one of those pregnant women, a bigger population costs everyone, especially with children born into low-income families who may need more governmental help in services other than health care.

This isn't in the current Republican AHCA plan, but many are worried that the Republican Senate would take away maternity coverage, which would obviously be, like, really bad.

A big problem for all millennials is the combined longterm effects of the GOP's health care plan.

Older generations are leaving growing costs for millennials to pick up.

Thanks so much for all the pollution and the recession and unemployment and wage stagnation and Social Security costs and increases in the cost of living and general economic uncertainty.

Young people have been called the "winners" of the health care bill, but that's not very long-term thinking.

Old people are facing a totally different story. A 64-year-old earning $26,500 with insurance costing $15,300 only has to pay $1,700 of that cost under Obamacare. But under the AHCA, that person will have to pay a staggering $14,600, which includes the insurance cost rising.

But who do you think is going to be called on to help grandparents and parents out with those costs? Who is going to be helping older people take care of themselves when health care fails them due to high costs?

And this is all compounded when you consider the budget cuts Donald Trump wants to make, which would slow research into debilitating diseases like Parkinson's and Alzheimer's.

Ultimately, a plan putting older generations at risk puts us at risk. Individuals don't exist in vacuums. We have families and networks and taxes and consciences.

Too often we think about the immediate effects to ourselves rather than how effects to everyone will hit you over time. Millennials may be the "winners" at first, but we won't be for too long.