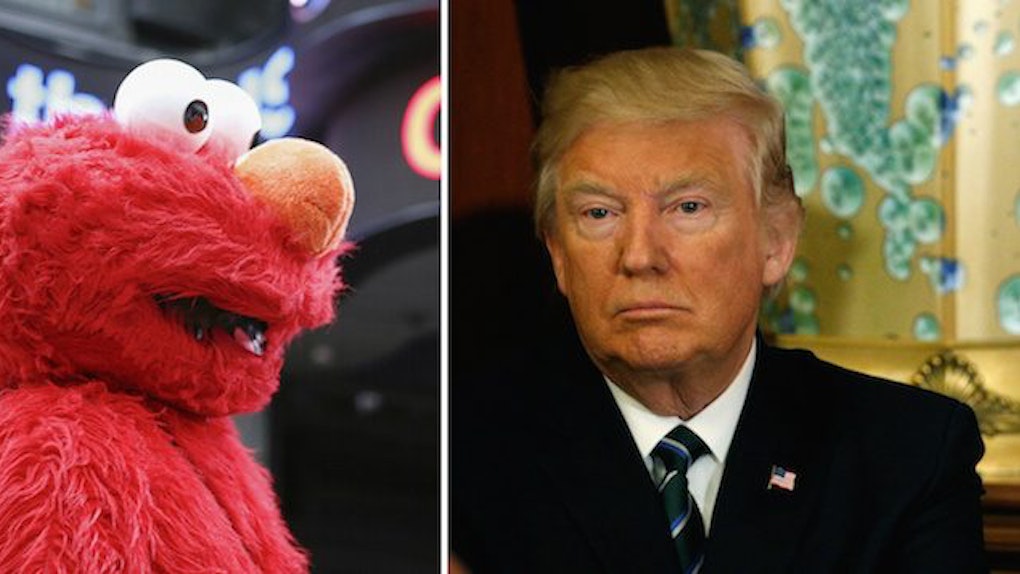 How Trump's Budget Cuts Would Affect Your Favorite Things

President Donald Trump released his plan for the government budget, and it's putting a ton of services on edge.

Trump wants to grandly slash the budget, cutting dozens of programs that the government previously valued.

Those programs include the Chemical Safety Board, the National Endowment for the Arts and the U.S. Institute of Peace.

These cuts are problematic if you generally enjoy things like concerts, museums, clean water and the potential for world peace.

Trump's budget blueprint is just that. It's not going to become a reality without a ton of approval from other politicians. It's just what he wants to happen.

This is how Trump's proposed budget cuts would play out in reality.

1. Say goodbye to some student aid.

The New America, a Washington think tank, said in an analysis of the plan that work-study has been proven to have a link to graduation and post-grad employment. They said,

Finding ways to help these students balance their jobs with their studies is more needed than ever. Reallocating the work-study allocation makes sense; cutting it significantly does not.

Trump's budget would cancel $3.9 billion in Pell reserves, but will still fund Pell grants at the same rate as before.

The plan also calls for messing with programs that help prepare disadvantaged students for college, including cutting GEAR-UP and reducing funding for TRIO programs.

Also on the education chopping block? Money for training teachers and for after-school and summer programs.

2. Look out for harmful chemicals.

The budget plan would eliminate the Chemical Safety Board, which checks out chemical accidents to see if it's safe or not. Good luck without it!

3. Oh, did you like having clean air to breathe and water to drink?

Trump continues to be against environmental regulations put in place by Barack Obama. These regulations, along with the EPA, help keep the environment clean so we're not breathing in toxins and whatnot.

A lot of progress made to combat climate change would vanish. Get excited to clean that up once we grow up.

Meanwhile, Trump is also calling for a 20 percent cut to the budget of the National Institute for Health (NIH). So while we're sick from toxins, the NIH won't be able to help us out.

Biden's cancer moonshot initiative to find a cure for cancer, works through the National Cancer Institute, which is part of the NIH, for which Trump wants to cut funding.

5. Science in general is taking a hit.

These budget cuts would lead to a ton of cuts for research, including in health and medicine, as well as in the environment and climate change.

The National Institutes of Health is the backbone of the best medical research in the United States, and cutting their funding would have disastrous immediate and long-term effects on public health.

That research does things like find cures for diseases and figure out how to not make the environment collapse in on itself. If you like not dying from meningitis or from erosion, you should be concerned.

6. Trump values his Mar-a-Lago weekends more than helping the homeless.

Trump's weekend trips to Mar-a-Lago cost just a little under $4 million per weekend.

7. No more Meals on Wheels for the elderly and disabled.

The budget says that the Community Development Block Grant from the Department of Housing and Urban Development will be eliminated.

The Community Development Block Grant does things like Meals on Wheels, which delivers meals to senior citizens.

This program actually brings down costs for everyone. 250 days worth of meals costs $2,765. One day in the hospital costs $2,271. So, it's better for us financially to have people not go to the hospital from a lacking diet.

And it's also better for us as, like, humans who don't want to starve old people.

The NEA helps writers, musicians and artists do their work. This will hurt emerging artists, as well as more local artists outside of big cities with generous private donors.

The sad thing is, the NEA budget has always been "pathetic." The NEA and NEH get about $300 million combined. That's a teeny tiny fraction of the $1.1 trillion budget.

Trump wants to take away funding from the Center for Public Broadcasting, which includes NPR and PBS. If you get your news from there, or watch "Victoria" or enjoy "Serial" and "This American Life," you should be nervous about this plan.

But the CPB was already preparing to fight back. They say that the CPB costs an American $1.35 each year, so, like the NEA and NEH, it's not even a big cost.

So that's where we're at.