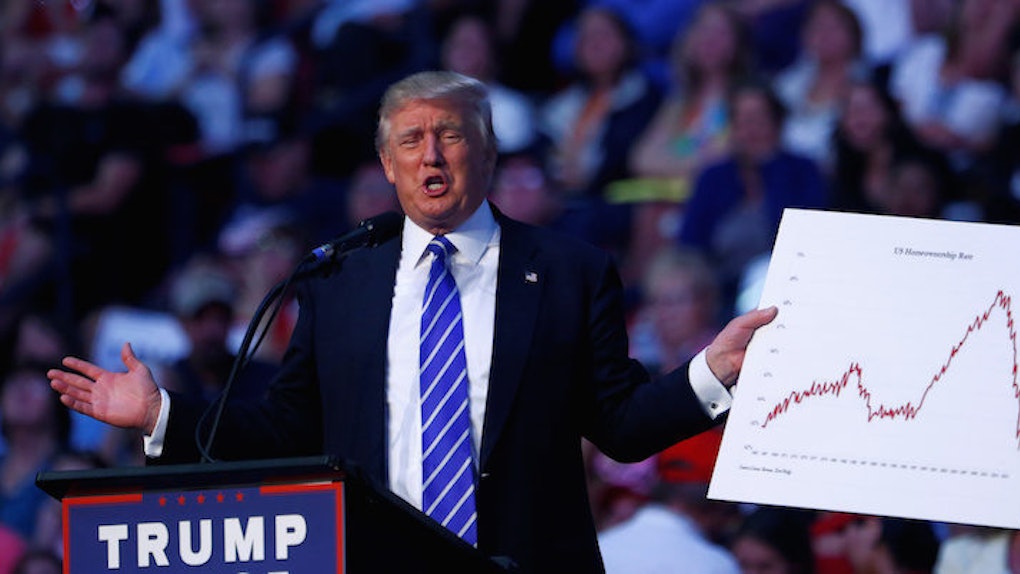 Donald Trump said President Barack Obama is the "founder of ISIS" on Wednesday night at a rally in Florida. He backed up those comments on CNBC's "Squawk Box" on Thursday morning.

As I'm sure you know, this was just one in a long, long string of controversial things Trump has said in the year since he began his run for president.

In that long list of ridiculous things Trump said while running for president, the one that bothered people the most was when he mocked a disabled reporter, according to a Bloomberg poll.

You might not even remember this happened. Trump mocked a disabled reporter last year, but he's done so much since then, I understand why you might not recall this particular offense.

At a rally in South Carolina in November, Trump mocked New York Times reporter Serge Kovaleski. Kovaleski has joint problems due to arthrogryposis, a congenital condition.

Since then, Trump said he wasn't mocking the reporter.

Over half of likely voters said they were bothered by the line in Trump's Republican National Convention speech that said, "I alone can fix it," about the political system.

Clinton used Trump's mocking of the reporter, along with several of his other public offenses, in an ad.

The ad shows children watching clips of Trump, making the point, with controversial statements like these, he is probably not a great role model.