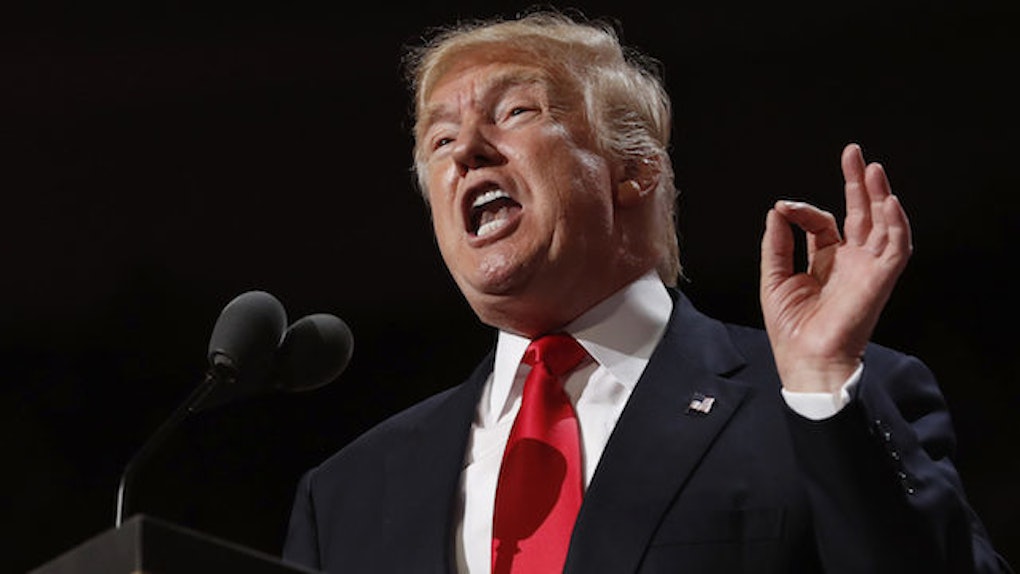 Donald Trump has said a lot of controversial things this election cycle, but he arguably just outdid himself with a statement he made about Hillary Clinton, judges and gun rights.

The real estate mogul might've just suggested either Clinton or her judges be assassinated in order to deter them from abolishing gun rights.

During a speech, Trump said,

Before we get into what Trump could've meant, we should address the fact Hillary Clinton has never signified she wants to abolish the Second Amendment. During her speech at the Democratic National Convention, she stated,

I'm not here to repeal the 2nd Amendment. I'm not here to take away your guns. I just don't want you to be shot by someone who shouldn't have a gun in the first place.

So, Trump's statement perpetuates a myth sometimes put forward by gun rights advocates concerning the efforts of politicians, like Clinton and Obama, to curtail gun violence.

And the Republican presidential nominee seemed to follow up this statement by suggesting Clinton, or her judges, be shot. Even if this isn't what he meant, a lot of people are interpreting it that way.

Many people feel Trump was condoning some sort of violence.

The Trump campaign released this statement following his remarks, but a lot of people aren't buying it.

Hillary Clinton's team was quick to respond, and they're not taking it lightly.

The 2016 election never ceases to amaze.