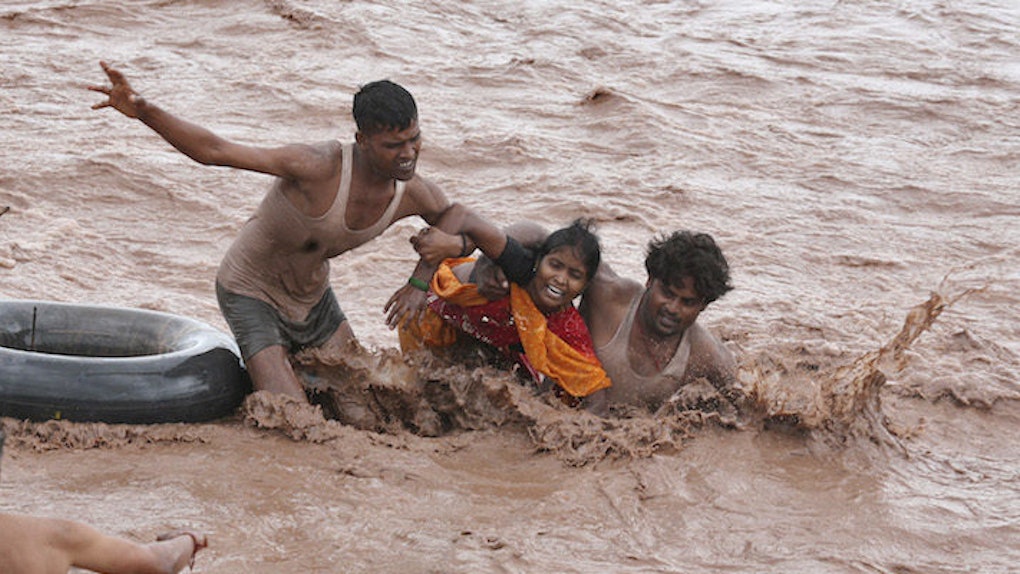 We live in an era of astonishing wealth inequality.

According to a recent report from Oxfam, the 62 richest people in the world are as wealthy as about half of the globe's population (3.5 billion people) combined.

Across the world, the wealthy continue to get richer off of things like exploitative labor practices, as well as the dubious activities in tax havens highlighted by the Panama Papers. Meanwhile, around one in nine people worldwide (795 million), don't have enough food to live a healthy and active lifestyle.

This is the human cost of corruption and greed.

To top it all off, new research shows the world's poorest countries will be hit hardest by climate change as the planet continues to get hotter.

As Manoj Joshi, who works at the University of East Anglia School of Environmental Sciences, where the study was conducted, explained,

Many of the poorest people in the world live in tropical latitudes, while many of the world's wealthiest people live in mid-latitude climates. We know that low-latitude regions have much less variability in day-to-day temperatures when compared with the mid-latitudes, which means the signal of climate change emerges quite quickly, and because of this the frequency of extreme hot days increases rapidly too.

This is very bad news for poor countries, The Guardian highlights, given they depend heavily on agriculture to survive and climate change brings with it devastating natural disasters like floods and droughts.

One of the worst aspects of all of this is the fact climate change is primarily the fault of the world's wealthiest nations, which were industrialized far before poor and developing countries. Historically, these rich countries benefited the most from exploiting the world's resources (and still do), and continue to have the highest carbon emissions on the planet.

In other words, the rich countries who've done the most damage to the planet won't be facing the brunt of the consequences of their activities. Instead, that burden will fall upon some of the globe's most vulnerable people.

Concurrently, the Earth is already on pace to have its hottest year ever. It's long past time for all of us to take climate change very seriously.