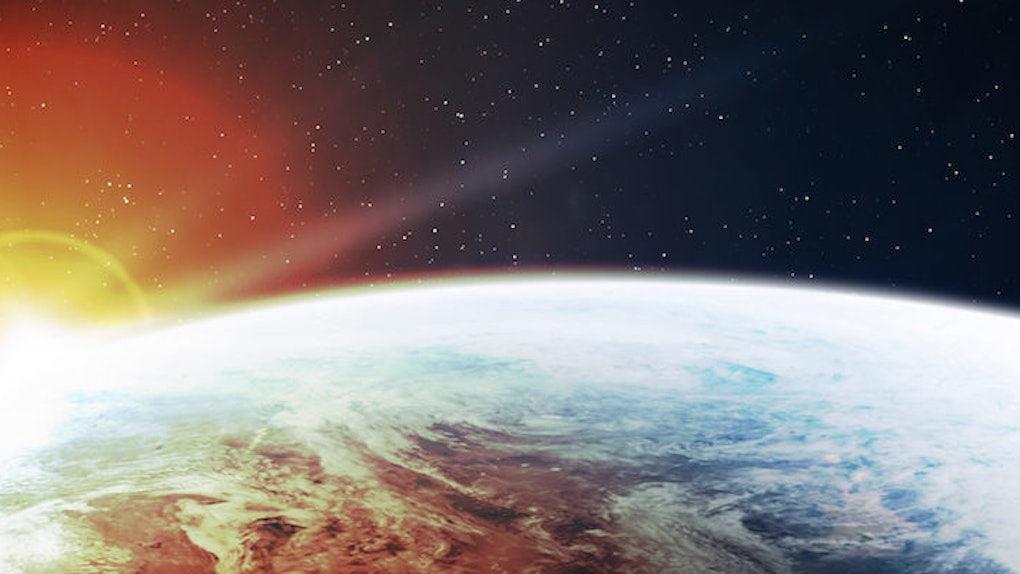 It always seems to be on chilly, rainy days that a new report comes out saying the threat of global warming is worse than we feared.

The impulse to cuddle up with hot cocoa and a blanket should not distract you, however, from the very serious threat that rising temperatures pose for our survival.

According to an announcement from the National Oceanic and Atmospheric Administration, the US is currently experiencing its second hottest year to date and data shows this trend will likely spell the hottest year on record for our planet as a whole.

The unusually hot temperatures have inched their way up to Alaska where the state is experiencing its warmest year on record. Scientists have said that while this year's El Niño weather pattern has had a slight impact on increasing the world's temperatures, the main contributor has been global warming -- that means us.

The National Centers for Environmental Information shared this infographic to show how abnormal this spring's weather has truly been.

Across the board, temperatures have only been increasing, which spells bad news for those of us who enjoy living on this planet. NOAA climatologist Jake Crouch told Climate Central via email,

Snowpack levels went from above-average to below-average for many locations over the course of the month. This could contribute to water resource and drought issues going into the dry season.

Beyond exacerbating droughts across the country, global warming affects everything from our coastlines to our health -- even the way the world spins. If you're thinking now is a good time to care about our impact on the planet, here's how you can help. As daunting as the problem of climate change seems, there are tons of ways we can all do our part to reverse this life-threatening trend.

Citations: Second Warmest Start to the Year on Record for U.S. (Climate Central)