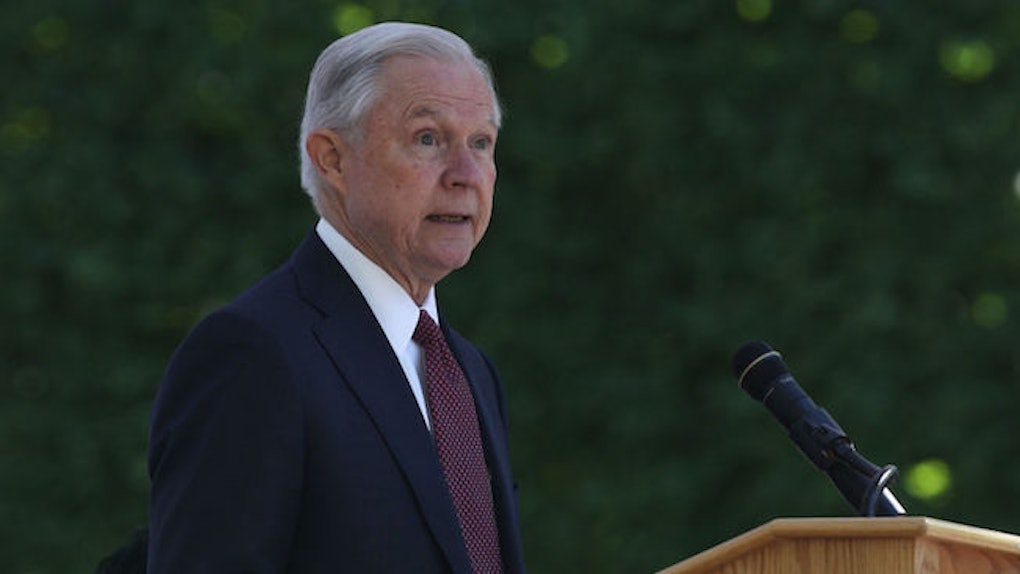 What Is Executive Privilege? Jeff Sessions May Use It

Attorney General Jeff Sessions will testify before the Senate Intelligence Committee on Tuesday, June 13, 2017, in relation to the ongoing investigation into Russia's interference in the U.S. presidential election.

This will mark the first time Sessions has testified in front of Congress since he recused himself from the Russia investigation.

Sessions has come under fire for not properly disclosing his meetings with Russian Ambassador Sergey Kislyak.

The attorney general also reportedly offered to resign recently in relation to this, given President Donald Trump was allegedly angry with Sessions for recusing himself.

Trump apparently felt Session's recusal was unnecessary and only served to bring more negative attention to his administration in relation to the Russia probe.

It depends on the scope of the questions. And to get to a hypothetical at this point would be premature.

What is executive privilege?

Executive privilege is a power presidents have invoked to keep certain information from other branches of government.

Presidents have argued in order to do their jobs well, aides must feel comfortable giving them candid advice. If their aides believe their communications could end up in front of Congress, they could be less inclined to speak freely.

Presidents could also claim executive privilege if the information they wish to keep secret pertained to national security, or if it might embarrass them or other members of their administration.

Executive privilege is not explicitly mentioned in the United States Constitution, but presidents have argued it's implied in the constitutionally mandated "separation of powers," according to NPR.

In short, executive privilege is essentially a way for presidents, and members of their administration, to refuse to answer questions.

The term "executive privilege" was apparently coined by President Dwight D. Eisenhower, but presidents have invoked it in some form or another since the time of George Washington.

But, it's a complicated concept, and it doesn't always work out for presidents.

The case went all the way to the Supreme Court and Nixon lost, which ultimately led him to resign as he faced the prospect of impeachment.