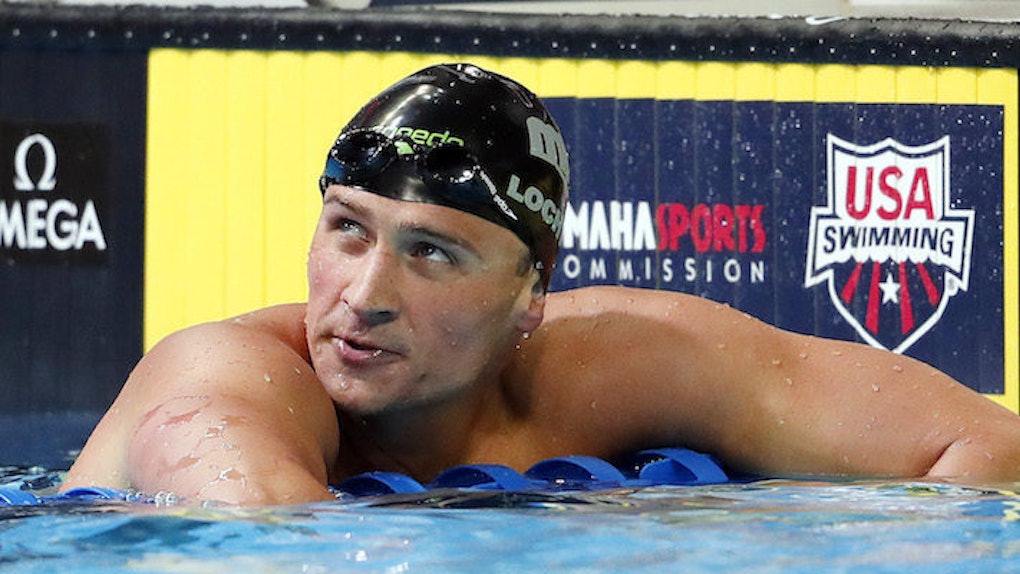 Ryan Lochte Could Face Up To 18 Months In Brazilian Prison

The Ryan Lochte robbery saga just got even messier.

On Thursday, Brazilian police charged the US swimmer with filing a false robbery report over an incident that occurred on a night out in Rio de Janeiro during the Olympics, AP reports.

A police statement reportedly said Lochte would be informed he's been charged in the US so he can decide whether or not to introduce a defense in Brazil.

Lochte initially claimed he and his teammates Jack Conger, Gunnar Bentz and Jimmy Feigen were robbed at gunpoint at a gas station in Rio. Eventually, security video footage showed Lochte's portrayal of events was fabricated.

The swimmers allegedly vandalized the bathroom at the gas station and were confronted by security guards, not robbers.

Lochte eventually apologized for the incident and his depiction of it, saying he should've been more "candid and careful" with how he described things. He also admitted to being very intoxicated when everything went down.

But it seems saying sorry won't be enough in this case.

According to AP, the maximum penalty for filing a false robbery report in Brazil is 18 months in prison.

If Lochte does not return to Brazil to face the charge, he could be tried in absentia.

The US and Brazil have an extradition treaty, but it's hard to say whether US authorities would actually extradite him if he's found guilty.

As AP notes, Brazil has a history of not extraditing its own citizens, so the US could arguably feel justified in following Brazil's example.

Lochte, who was also dropped by several major sponsors this week because of this scandal, including Speedo, obviously has a lot to think about.