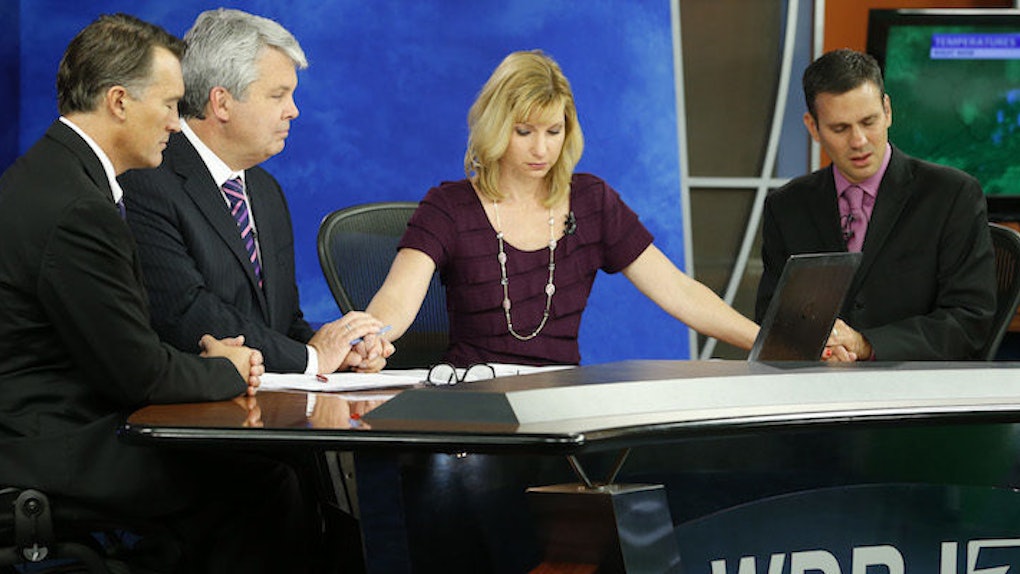 Last week, we all watched in horror as yet another episode of violence unfolded before our eyes on live TV.

Reporter Alison Parker and Photojournalist Adam Ward were fatally shot during a broadcast on WDBJ-TV in Moneta, VA.

Many people witnessed the shooting live while watching the program, and others saw it replayed on the news or via social media. Thousands of people shared the video on social platforms including Twitter, Facebook and YouTube.

It was a candid video of cold-blooded murder, which most people probably didn’t want to see.

What made the situation worse were the gunman's actions on social media. He captured a firsthand video of the shooting, and proceeded to tweet his opinions and motives for the murders in the hours that followed.

Many were forced to watch his video, due to auto-play technology on Facebook and Twitter. Auto-play is meant to make content more engaging and easy to consume, but in situations like this, it takes a tragic turn.

Twitter and Facebook were able to remove the video in eight minutes, but the damage had already been done.

In this case, a simple setting that is meant to benefit advertisers hurt the consumers. Before the deletion, there were, in fact, users who retweeted or shared the video, which saturated even more users' social feeds.

If you didn’t see the firsthand video, you were most likely served content from the attacks via popular news outlets on social media, through reporters and on most websites with an editorial wing.

The fact that the gunman even thought to record his crime on social media is disgusting. He didn’t just want to commit his crime and walk away; he wanted to produce the maximum impact possible. The media and its users allowed him to do just that.

Even though social networks were able to take down the shooter's accounts, it was too late. The videos had been downloaded and re-uploaded across the web; stills had been taken from the footage and repurposed on the 5:00 pm news and, even worse, on newspaper covers.

The New York Daily News cover from Thursday, August 27 is a set of three disturbing images from the attack and the gunman’s videos.

Image and footage of horrific tragedies such as this should not be widely distributed across the media, not only for the victims' sake, but for their families' as well. No person would ever want to see their loved ones as they were killed, plastered on the front of a paper for all to see.

Social media is becoming more and more vital in traditional media reporting, but it should be used in a respectable way.

Yes, people have their right to free speech, but the technological news updates on these platforms don’t allow people to fully choose what are they are seeing before they see it.

The social platforms did what they could in the wake, but there should be stricter policies on sharing this media.

It’s quite terrible that tragedies like this have to happen in the first place, but it’s ever more sickening when the murderer has a larger plan to spread his hate.

The content policies that surround these types of graphic videos and images can only sensor so much, but it really comes down to the ethics and moral of the publishers sharing the content.

I think from what we could all gather, Alison Parker and Adam Ward seemed like amazing people. It’s sad that we all, and their loved ones, had to see so many aspects of their tragic deaths unnecessarily amplified.