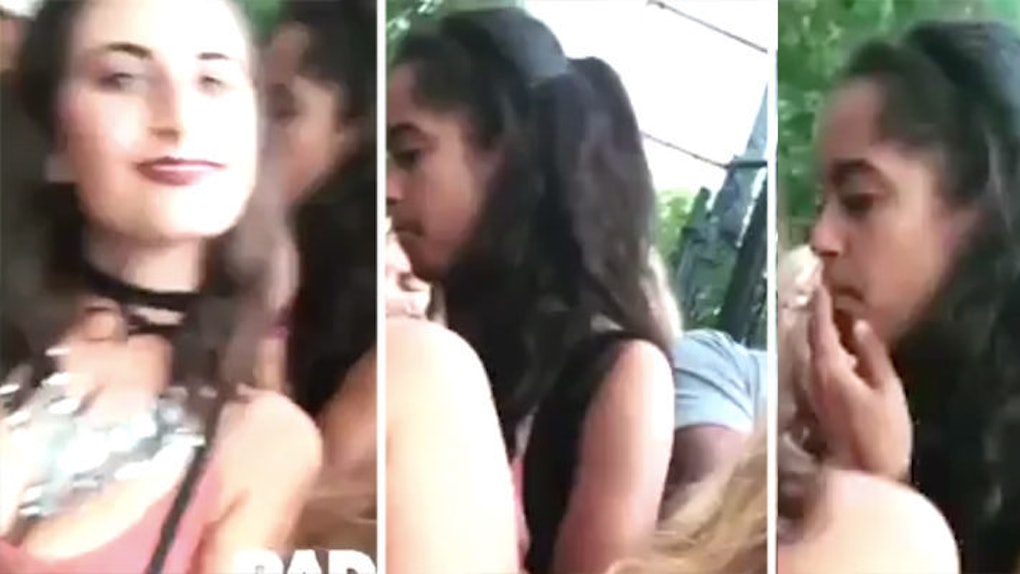 Malia Obama Got Caught Smoking At Lollapalooza And There's A Video

Malia Obama, 18, recently came back from Lollapalooza, busy being a teenager, and because you can't do anything fun as the president's daughter without someone noticing, she was caught on camera smoking something in the video below.

Whether it's a cigarette or a joint -- it's hard to say. But people are predictably foaming at the mouth about it.

Here's a still of the moment in question, which looks pretty clear cut.

Supposedly, according to an "eyewitness" source for the New York Post, it was weed -- although I think we should take that piece of information with a grain of salt as big as the moon.

And even so, let's just give her a break. For the last eight years, she lived the most sheltered life imaginable. The 18-year-old is perfectly entitled to doing some weird shit at a few festivals. Doing weird shit at festivals is, at this point, one of the American citizen's inalienable rights.

Let's just hope this is as far as the discussion goes. Although, I highly doubt that will end up being the case.