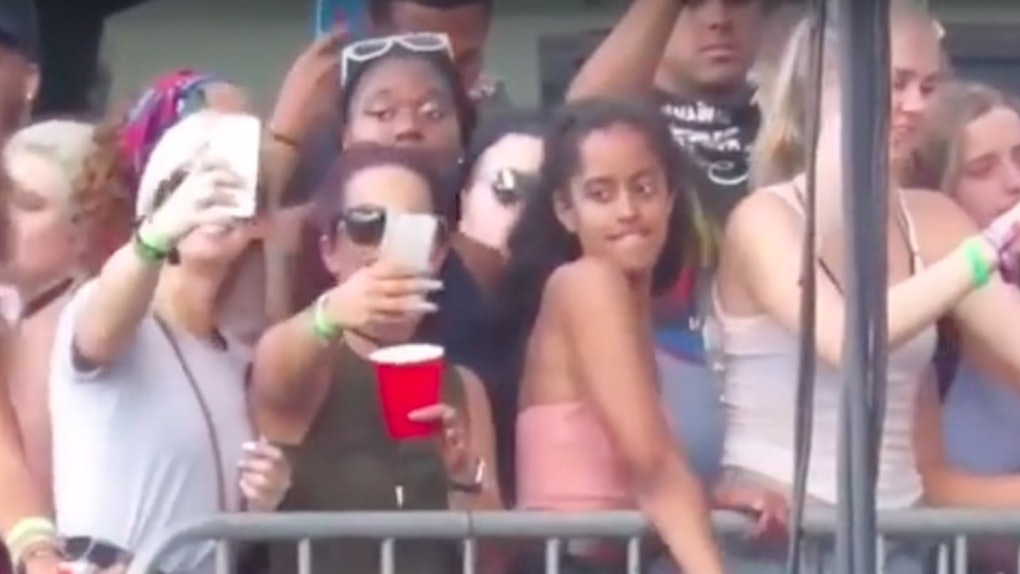 Everyone's Creeping On Malia Obama's Twerking In This Lollapalooza Video

Do you go ham when you party?

No, no. Malia Obama? SHE goes ham when she parties.

Just check out all these videos from Lollapalooza.

Malia has already won some major points for ditching the Democratic National Convention in order to attend the festival in Chicago instead (even though her mom was speaking and some pretty big political stuff was going down).

Seriously. She threw some deadly shapes, twerked like there's no tomorrow and flashed some rear.

The scenes were crazy beautiful.

Neither the world's media, nor the presence of her Secret Service team – who dressed down for the occasion – could stop Malia from getting punchy with her dance moves.

At one point, the president's daughter lifted up her bottoms to reveal her cheeky behind and a flash of underwear.

DNC or Lollapalooza? Hmmm. I think she probably made the right choice.

But she chose to watch Major Lazer over Radiohead. That's questionable.