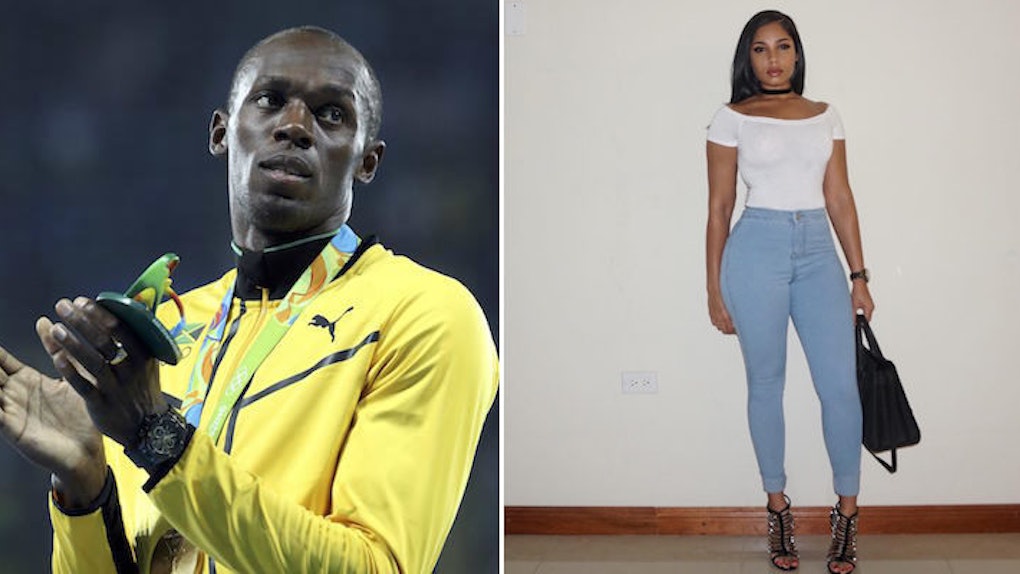 After winning everything there is to win, and becoming famous for his infectious bravado, Usain Bolt is now immersed in “controversy” regarding how whom he dances with and kisses at nightclubs.

Perhaps, this all stems from the fact that we just want to keep talking about Bolt so badly, we can't help ourselves.

But whatever the reason, his recent romantic escapades, which he is obviously in no way trying to hide, as he's been celebrating his wins and 30th birthday with literally a dozen young ladies, have now made national headlines.

At the center of it is his girlfriend, model Kasi Bennet, whom everyone is hoping with baited breath will dramatically berate Bolt in public, thereby extending the tabloid melodrama.

It's probably pretty indicative, however, Bolt is doing absolutely nothing to hide or keep secret his flirting and “canoodling” with women.

He has been photographed repeatedly and has openly made out with people at clubs. This behavior likely speaks volumes regarding the type of relationship he and Kasi have.

Still, Kasi is perhaps a bit annoyed (or a lot annoyed, who knows?) by what she's seeing — that or, of course, the constant media attention around it is making her feel like she needs to participate in it somehow. Anyway, people noticed she liked a tweet that said,

you traded your life with a #goddess for a one night fling with someone who will never even come close. I can't.

Of course, her liking this might have a lot to do with the fact that she is called a goddess in it.

She also liked a meme on Instagram of her and the woman Bolt was photographed in bed with side by side, with the caption,

When you girl is Selfridges, and you cheat on her with Primark.

Now, yeah, maybe she is extremely pissed. Who knows? Certainly not me. But as of yet, all we know is she literally liked a meme and tweet that compliment her.

The thing is, we are all just assuming she is the scorned woman here and has no control in this relationship or situation. In fact, we are assuming it so thoroughly, it seems clear this is what we all want to be true.

Personally, I think all this says a lot more about us (and our ravenous appetite for celebrity unhappiness) than it does about Bolt and Kasi.

Bolt's sister herself says this won't cause the couple to split up.

Now, I might be wrong about all this, but yet again, who the fuck knows? Right now, only they do.