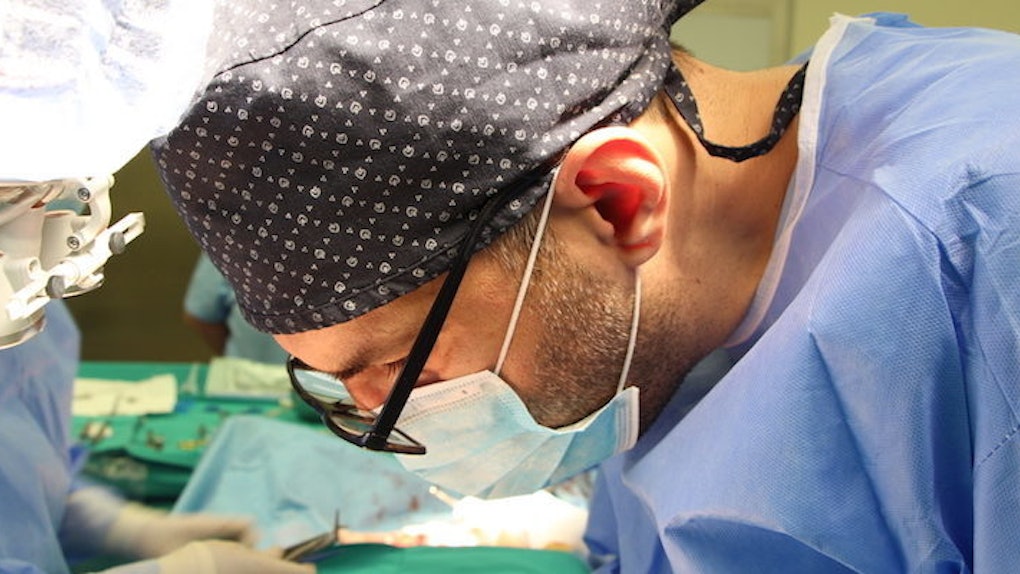 Look, friends, I know "penis" is a very funny word, but we should all look past that comedic gold mine because this is actually groundbreaking.

Thomas Manning is a 64-year-old man from Halifax, Massachusetts who had his penis removed because of cancer.

Now, after undergoing a 15-hour operation at Massachusetts General Hospital in Boston, Manning is the first man to receive a penis transplant in the United States.

The transplanted organ came from a deceased donor. The surgery took place over two days, May 8 and 9, and according to Manning's doctor, things seem to be going well so far.

We're cautiously optimistic. It's uncharted waters for us.

Manning feels very happy with how the surgery went, and he experienced very little pain, he said.

There has been one other successful penis transplant performed, in South Africa in 2014, on a man who went on to father a child after the operation. The estimated cost of the transplant surgery in the US ranges from $50,000 to $75,000.

This successful transplant is a sign of hope for men with genital cancers and injuries worldwide.

Manning said he was very willing to speak publicly about his surgery and, in fact, would like to do so to challenge the notion genital cancer is something to be ashamed of and kept hidden.

Don't hide behind a rock.