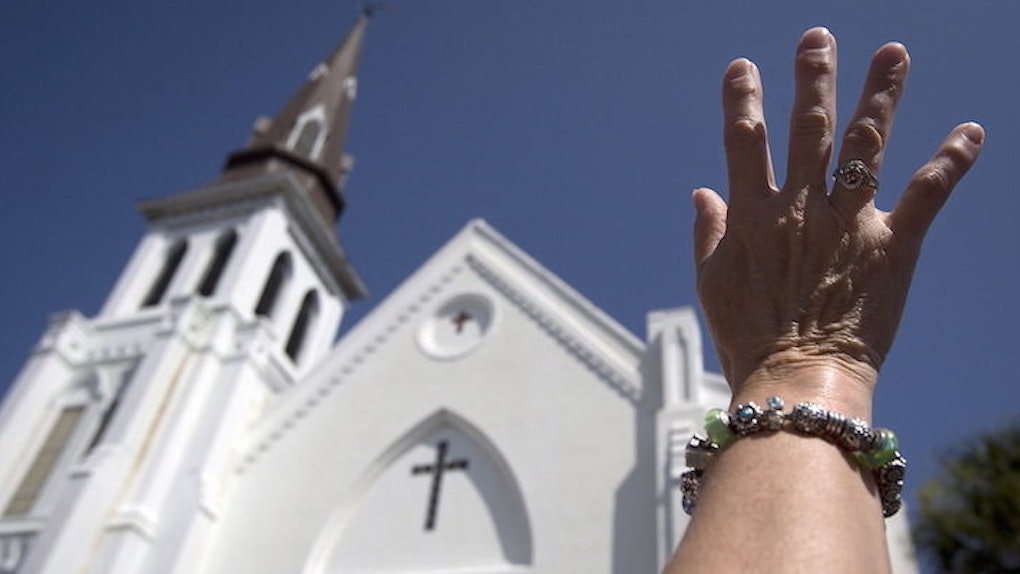 Arguments were wrapped in the trial of Dylann Roof – who shot and killed nine people at the Emanuel AME Church in Charleston, South Carolina last June – on Wednesday.

Polly Sheppard, who survived the shooting, was the last person to take the stand in the trial.

She was up there for about 40 minutes.

Sheppard began by talking about the nine victims, who she knew well, along with the other adult survivor, Felicia Sanders.

Sheppard then described the night of the attack.

She said she stayed for Bible study because her friend, Myra Thompson, asked her to.

She explained Roof began shooting when the group stood up and closed their eyes to pray at the end of Bible study.

Sheppard hid under a table. She could see Roof's boots and bullet casings falling to the floor.

She was praying out loud when Roof approached her, telling her to "shut up." He told her he would leave her alive so she could tell people what had happened.

During the shooting, Sheppard was able to get Ethel Lance's phone and dial 911.

She misdialed at first, but then got through to a dispatcher.

The courtroom then heard the 911 call. This was the first time the call had been played publicly.

Please come right away. There've been plenty of people shot.

He shot the pastor. He shot all the members in the church. Please come right away.

She tells the dispatcher,

The dispatcher tells her to stay as quiet as possible. Sheppard repeats "he's coming" several times.

According to reporters who heard the call from the trial, you could hear Felicia Sanders telling her son, Tywanza, to calm down.

The call ends as Sheppard says she thinks she hears someone coming.

After the call played, the government attorney said he had no more questions for Sheppard.

Defense attorney David Bruck – who is representing Roof – stood up. He said,

Ms. Sheppard, I am so sorry. I have no questions.

The prosecution then rested their case.

Bruck said the defense would not be calling any additional witnesses.

The closing arguments are set to be made on Thursday before the jury deliberates.

This is the first phase of the trial, which determines if Roof is guilty or not guilty.

Roof faces 33 charges, 24 of which are for hate crimes. Roof, who is white, was motivated by white nationalist ideas. This is why he targeted the historic black church.

The second phase of the trial concerns his sentencing. Roof faces the death penalty. His defense is trying to get that lowered to a life sentence.