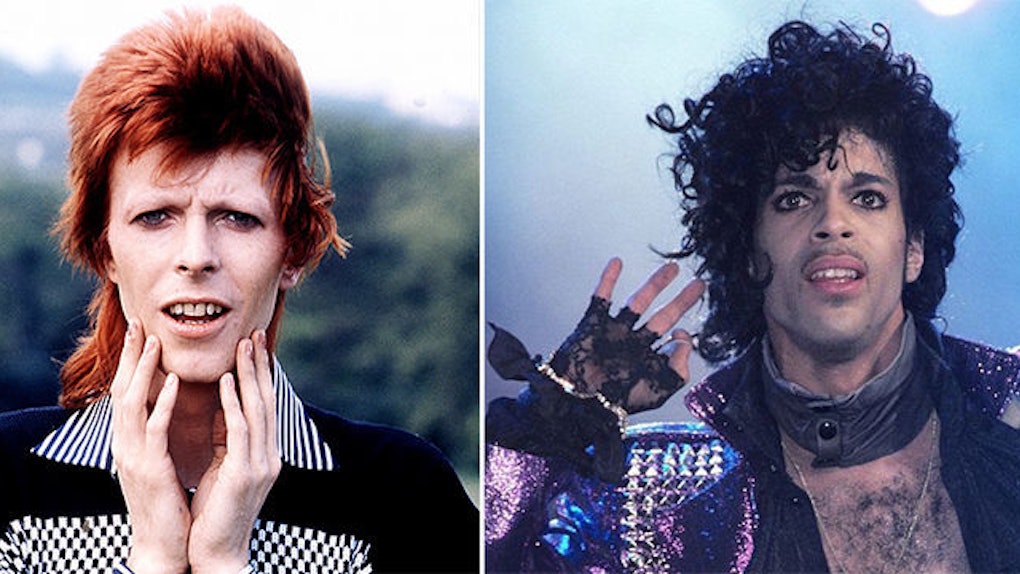 Hi. My name is Amanda, and I am the biggest music video nerd you will ever meet.

In fact, the MTV VMAs might as well be a national holiday for me.

I wait patiently ever year for that late-August night when I get to gawk 0ver my favorite artists and consume myself with their meaningless inter-celebrity drama.

I freakin' LOVE it, and I'm not ashamed.

This year was no different.

MTV, I applaud you once again for the memorable show, but I am a little confused about a few *small* assets to the music industry you may have forgotten to mention amongst the glitz and the glam.

And by small, I mean HUGE.

I'm talking about Prince and David Bowie. Two of the most iconic music innovators ever passed away this year, yet they weren't mentioned once during the VMAs.

Yeah, let that sink in.

The music industry took a serious stab in the heart after Bowie died in January, leaving fans of the "Space Oddity" singer distraught.

Their wounds only worsened when Prince died a few months later in April, convincing all music lovers alike that the industry would never be the same.

Twitter is not happy the show left out two of the most important musicians of our time.

Did we forget about "Purple Rain," everyone?!?!

Some speculated Bey's dancers did pay a small tribute to Prince.

But others knocked that theory down real fast.

Either way, I'm glad to see some folks still care about two of the most memorable and respected musicians of our time.

Beyoncé may be Queen Bey, but Prince and Bowie are the KINGS, and should have at least been granted a moment of silence for their admired musical genius.