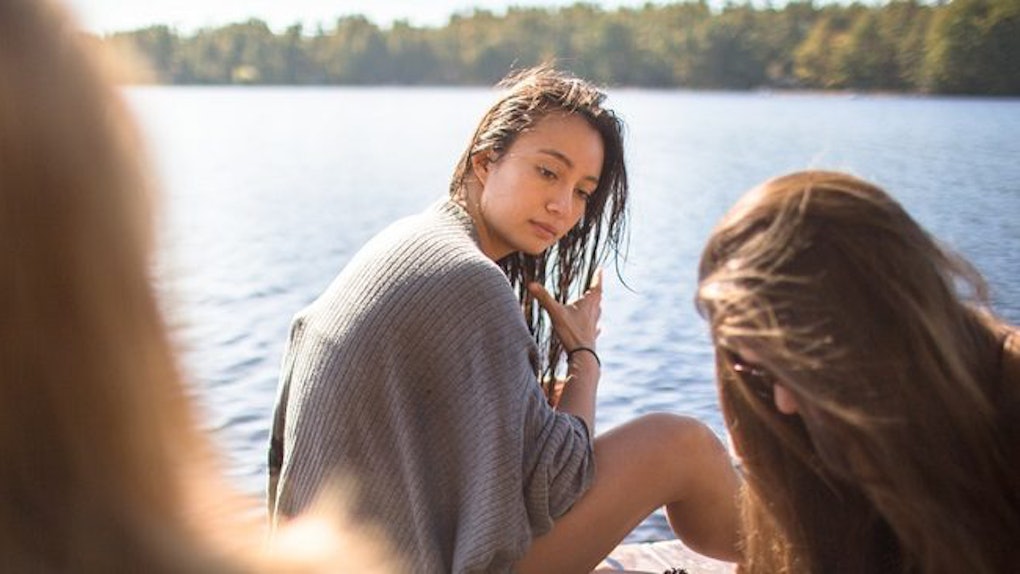 Why Do You Fight With Your Best Friend The Most?

Friends fight; it's inevitable. You will even find yourself arguing with your best friend more than anyone else. That doesn't necessarily mean they're not your truest BFF. Sometimes, it's the little arguments that are over before you even know it that end up bringing you all the more closer.

But why fight in the first place, might you ask? If they're your BFF, shouldn't you always be on cloud nine having the time of your life? Sure, but a true friendship needs to learn and grow on both ends. A great friendship requires some tough love and growing pains. Like any other relationship you care about, it goes through its rough patches in order to improve.

Here are seven reasons why you fight with your bestie more than anyone else.

1. You Can Be Brutally Honest With Each Other

The truth can hurt, but sometimes you really need to hear it. Your best friend feels comfortable enough confronting you on issues that most people would just bottle up and let them fester. Your BFF can be brutally honest, but they wouldn't tell you something just to outwardly hurt you. They know in their heart that telling you is more important than any backlash they'll receive from dishing out the truth. It's just like a Band-Aid; you have to quickly rip it off, and you want your bestie to do that for you.

2. You Don't Walk Away From Each Other

You can walk away from anyone else you argue with, but you stay with your BFF and fix it. You can't let an argument go unresolved, or it will ruin your entire day. You may take a breather to calm down, but you never leave each other angry.

3. You Only Want What's Best For Each Other

You will do everything in your power to help your best friend get what they want, but sometimes, you know what your friend wants isn't actually what's best for them. For example, maybe it's a boyfriend who is actually horrible or a job that's totally toxic. You will be there for them when they need you, but you can't fake the support if you don't think it's what's best for them.

You and your best friend are so much alike that at times it can be scary. It's great that you have a lot of the same interests and personality traits, but that can be hard, too. You're so much alike, your personalities may clash at times. If you're both headstrong, it can make fights last a little longer because no one is willing to back down. But in the end, you always end up finding a compromise.

You go to your bestie when you're in a bad mood and want to vent. They're perfect for you to let out all of your tension from a hard work day or frustrating rush hour traffic. They're your sound board, but sometimes you're just too far into your bad mood that you can even take it out on the people just there to listen. It happens to the best of us.

6. You Spend So Much Time Together, It's Bound To Happen

I'm not a statistics genius, but I will say it makes sense that since your BFF is the person you spend the most time with, you're bound to get into more fights with them. Your time spent with them, over the probability of a fight to happen, translates to these chances being higher than anyone else's. Even though you may loathe it, you can't argue with math.

7. Your Jealousy May Get The Best Of You At Times

Jealousy is like the evil queen in any friendship fairytale. It tries separate you two, but you won't let it win. You may get jealous because your BFF is spending time with another friend, or she is using all her spare time with a new boyfriend. The jealousy will make you fight, but you're only fighting because you want your BFF's time all to yourself. In the end, you'll defeat the jealousy and live happily ever after.