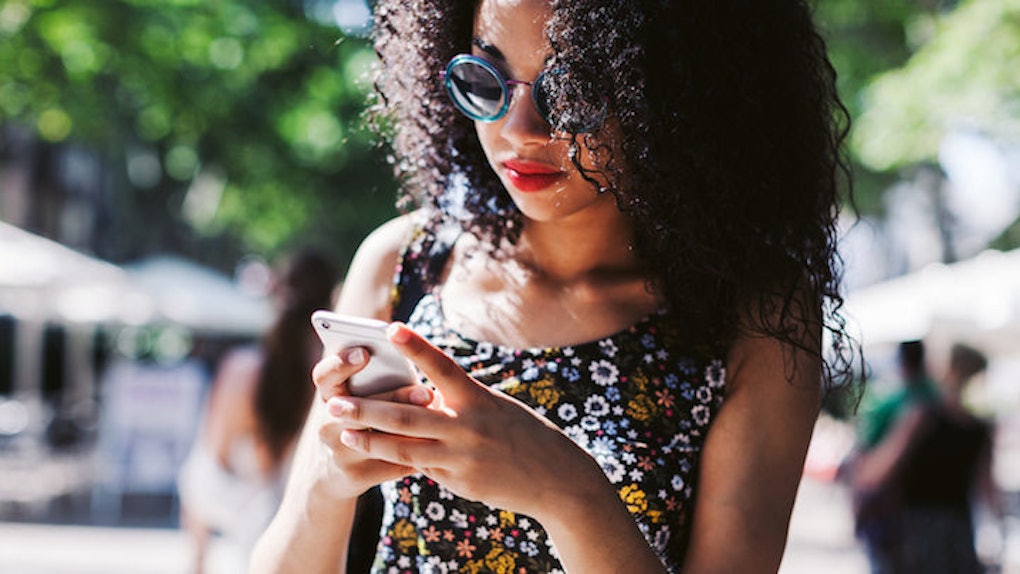 In these modern times, the social media savvy people know exactly what lies behind all those perfectly curated Instagram photos. There are way too many takes, cold food and just the right amount of maneuvering to make your selfie look artsy (but totally fit).

Last year, Australian model, Essena O'Neill, blew the lid off her Instagram fame and revealed that her perfect life was heavily curated, sponsored and well, fake as hell. She converted her account into a more honest space for her life, and now, being truthful on social media is the new black. Well, sort of.

Honesty is awesome, but sometimes, it goes a bit too far. Here are a few truth bombs you should probably avoid posting:

1. That Time You Accidentally Cut Off Your Arm

Oh my God, do not pass go, do not collect $200 and don't you dare access your cell phone camera. Go to a f*cking hospital right now. No one's going to care that the puddle of blood sprouting from your limbs kind of looks like a smiley face, or the fact that you're totally feeling like James Franco in "127 Hours" right now.

They're going to care about your arm. Please save your arm, and take a photo of your badass cast instead.

2. That Time You Overloaded The Washer And Flooded The Laundromat, So It Closed Down

Adult life can be pretty mundane, with days filled with work, bills, laundry and more bills. All we have left are our dreams.

But sometimes, there are too many dreams and not enough doing laundry. This leaves a rather large, stinky pile of socks and underwear from the past six months.

So, you cram it all into the washer at the local laundromat, all the while ignoring Mom's advice about not doing that. Then, it happens: The washer explodes, the laundromat is ruined and you're the worst.

This isn't your usual "Haha, my socks are pink now," cutesy laundry fail that you can post for likes. Opening that laundromat was someone's dream. So now, you're not only terrible at laundry, but you're also a dream killer. That's hard to "like."

3. When You Admitted You Accidentally Liked Your Ex-Boyfriend's New Love's First Tweet (From 2009)

Pro tip: You don't have to fess up to this. Just unclick the heart, made it un-red and pray the notification never went through.

It's unlikely, but you can always blame some gnarly Twitter glitch if you're ever asked about it (which I doubt you will be). If on the off chance you are, just say, "Oh, she happened to show up in my 'who to follow' list, and I was curious."

Don't tag them both. Don't use Microsoft Paint to sloppily doodle like an old-school Perez Hilton. Definitely don't mention it took you until 3 am to get that far into her feed, and that you were impressed she had Twitter back when she was in college.

It's OK. We get it. We're all social media stalkers, and there's no need to make it weird.

Another pro tip: Use your computer (and not your smartphone) to do your dirty work. It's too easy to slip your finger while you're scrolling.

4. That Time You Had The Flu, Threw Up All Over The Bathroom And Posted Your "Last Rites" Selfie

I'm not saying you shouldn't take selfies when you're sick. If you want to show off your red nose and dirty-tissue snot fort, go for it. Forts are awesome.

But, there's seriously nothing worse than throwing up when you have the flu, and it's really no wonder you feel like you're dying after a violent vomit session. Odds are, you're not knocking on death's door (but you should definitely see a doctor). So, there's really no need to whip out your phone to take one last selfie with you, the toilet and whatever gross thing is floating in the toilet.

We know it sucks, and we hope you get better soon. Go forth and make that dirty-tissue snot fort.

5. Posting Any Of The Above As A #TBT

You lived it once, and you made us live it, too. Please don't make us live it again.

Especially don't post it if it's the arm thing. You finally went to the hospital, right? Right?