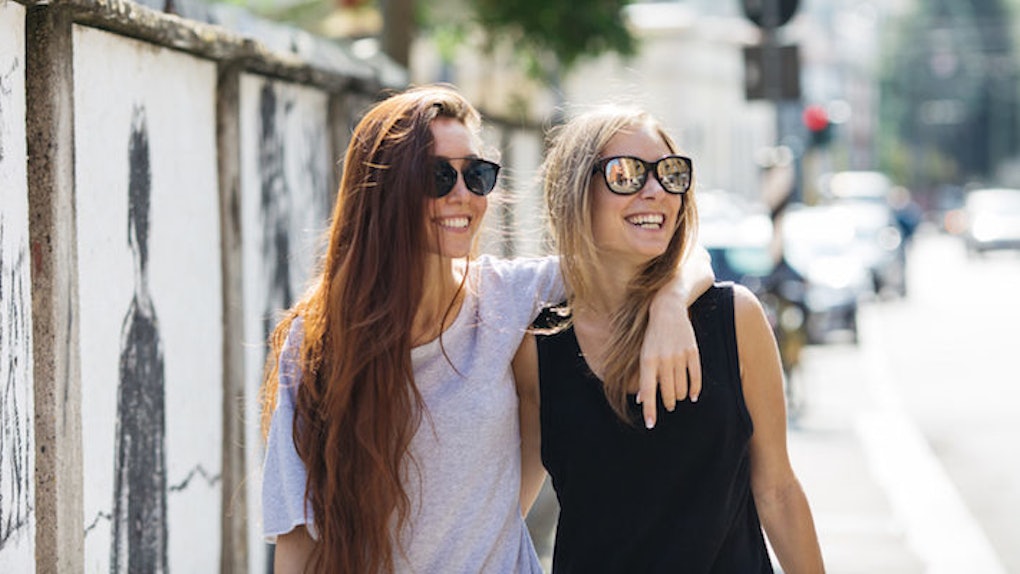 7 Things I Learned After Joining The 'Quarter Century Club'

I'm a recent member of the “quarter century club.” Yes, I celebrated my 25th birthday and was bombarded with many happy birthday texts, calls, social media posts -- and the occasional, “Happy Quarter Century," post.

Ask me how I felt about turning 25 two months ago, and I would've told you the following: “I'm getting old. Life is flashing before my eyes. I thought I would have done ten thousand things on my bucket list."

Oh, how things don't happen how you expect them to.

I remember being 22 years old and fresh out of college. I thought 25 was three LONG years away. Fast-forward to two months before my 25th birthday, and I was stressed. I had several peers who were married before 26. Some, jetting off to random countries every few weeks, and others living glamorously in NYC.

I soon realized turning 25 isn't bad at all. In fact, it's pretty awesome. Everyone is unique and everyone's life is unique; if we were ALL getting married at 25, and ALL going to France each summer and ALL doing (insert latest Millennial generation trend), that would be boring. Boring to do, boring to hear about and boring photos to show.

Let's face it: Constantly comparing yourself makes you unhappy and who wants to be unhappy at 25?

Think about it: Our generation has the potential to live longer than previous generations, thanks to years of medical research and emphasis on healthful habits. I have plenty of years to do all the items on my bucket list.

So yes, former 22-year-old self, 25 is awesome. Here are seven lessons I learned along the way:

I think it is only in books that you'll find characters who have had consistent friends throughout every milestone of their lives. I have a handful of friends from high school, some from college, some from work and some from other social avenues. At first I used to think “I had 175 sorority sisters per year while in school -- how are we not keeping up now?”

The first few times I thought about this I was pretty upset. I would reminisce on how fun college was, only to realize that I only kept up with five girls. The more I thought about it I realized: those five are the ones that will always stay with me.

I had the most fun with them in college, we've actively kept up with each other, and we devote time to travel to see each other. Moral of the story: quality of friends is significantly more rewarding than quantity of friends.

2. You have a role in each friend circle -- use it to your advantage.

For as long as I can remember, I have always been the social planner amongst my friend groups. Whether it's my circle of friends from college or circle of work friends, usually the planning falls on me.

I love it, hence why I work in PR. However, sometimes the social planning can get old -- for once I wish another colleague would pick up the slack, even if it's sending the text to say, “hey folks, let's go to dinner. Meet here at 7 pm Friday.”

3. You can't please everyone.

I am a detail-oriented, perfectionist, who enjoys juggling several commitments at once. However, being involved in several different things leads to several opinions about you.

Ultimately, not everyone will like you, or be pleased with you. Why? Pleasing every single person, involved in every single thing you do, is purely exhausting.

4. Be selfish about your happiness while still being a decent human being.

This one was a hard one for me to learn. I used to say yes every time a friend wanted to go for drinks, or get dinner, or go to a concert. I quickly realized my bank account was dipping, and working out at the gym wasn't enough to burn off the beer calories.

Plus, some “friends” really didn't seem to be worth the time. We all have our “convenient” friends or friends by association that we really don't fully enjoy being around. After a while, I learned to politely decline invites because the thought of spending more money on drinks would stress me out.

Instead, I would suggest alternative options like working out together or an inexpensive activity. It's okay to fight for your happiness; you deserve it without breaking the bank or your sanity.

5. Everyone starts their career at the bottom of the totem pole.

I remember, on the first day of my first job, I thought “OK, now let's figure out how to get to the top as quickly as possible.” I thought, here I was, a fresh graduate from a stellar college, yet I felt like the intern. To put it bluntly, “I graduated from UNC for this?”

Cut yourself some slack. Your early 20s are a time to learn about your field and grow with it. Trust me. Everyone starts at the bottom; you choose to not stay at the bottom. There's plenty of time to get to the top.

The men in my family are all in the financial sector -- the constant “save for this," and "save for that” is a frequent conversation. I truly believe that yes, you need to start saving when you're young.

The downside is getting caught in a rut, where you feel like you have to save for everything and therefore have little to spend on fun. In the beginning, with my measly paycheck at 22 years old, I would put some money aside for travel, some aside for a new car, some aside for savings, and by the end (after paying bills) I had a pretty minimal amount to work with.

Ultimately, I realized (again) that I was a 22-year-old trying to compare myself to the success and paychecks of those older than me. By all means, yes, put some money aside in your savings account, but don't feel like you NEED to save for traveling or a new bag. Healthy saving comes from balance.

7. It'll take at least a year or so to feel like you've got it all together.

After college, some friends had moved to the same city as me, and my parents were a comfortable distance away. I had a new apartment, new job, and a handful of friends from college -- but something was missing.

They were basically all the questions that come to you when you realize you're no longer a college student, but an adult in the real world. It's scary at first, but it's downright awesome.

After a year, I had made new friends at work, and stayed involved in church and community groups. I met my neighbors and continued to entertain at my apartment. I fell in love with my job. Just give it some time. You've got this.