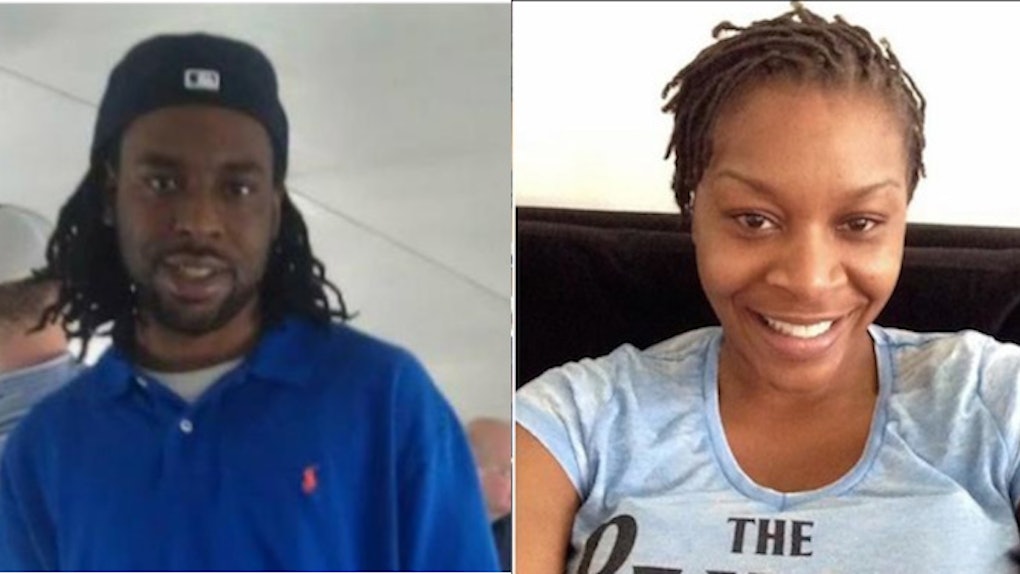 Police Brutality Has Changed Me Forever, Here's Why

Michael Brown's face flashed across the projector screen at my church, just as I was lifting my eyes up after a prayer. No, it wasn't the same graduation photo, in green cap and gown, that the world has shared virally.

It was a live, moving video, an image on the screen that is a result of the church cameras coasting throughout the sanctuary to capture people worshipping in the congregation. It's a mood thing, I guess.

The screen bounces in between images of people in the pews and the person standing on the pulpit, like the church pastor. I've even looked up once and seen my own face staring back at me just to disappear as another person in the crowd's face takes over.

I'd stopped being surprised by it, and usually get on with my singing or praying.

But that day, I couldn't get on.

I'd just seen Michael Brown, the 18-year-old who was killed by Officer Darren Wilson on a hot, sticky afternoon in Ferguson, Missouri in 2014.

The one who I know is dead because I haven't been able to forget how his body was left lying on the asphalt, baking in the sun for four hours. But, to me, for a few seconds, it looked like he was right there in my church worshipping.

I quickly realized it wasn't actually Brown, and in fact, was just a young man who looked like him. Still, I grew immensely sad for the duration of the service because I'm seeing this kid's face in other kid's faces a whole two years after he's been killed.

Once the service let out and the crowd began filing out of the huge, dimly lit sanctuary, I scanned the faces with the half-hope that I'd see the actual kid again.

I didn't find him, of course.

That wasn't the last time I'd be somewhere living my life and then see one of the many victims of police violence whose names have become tragic headlines.

I also see women who look like Sandra Bland to me all the time. I never speak to them, but I always wonder if other people think they look like her, too.

I won't diagnose myself and call this PTSD, but well, this is something.

I Have A Sincere Fear Of Police That Never Lets Up

Several months ago, I was walking down my Brooklyn block toward my apartment, and saw a small group of teenagers, with two arguing in the center.

My senses told me that a fight would break out momentarily. I thought about calling the police to stop it, but I stopped myself.

Black people asking for help has resulted in police killing us in the midst of our need — like 24-year-old Jonathan Ferrell, who was shot when he ran toward police in my home state, North Carolina, while asking for help with his car that had broken down.

Plus a few days before the teenage scuffle, I had just seen a plain clothes officer run full force and kick a man lying down in handcuffs directly in the face with his booted foot on my block.

Weeks before that, I'd witnessed a group of plain clothes officers rip out hair from a black man's small afro as they arrested him, who was not visibly resisting, in Manhattan. His hair scuttled around on the side walk like thick dust by the time they threw him into the back of their van.

So no, I could not call the police on these kids.

They'd work it out amongst themselves, or someone else would have to call, but I had to do what I knew I and probably them and their parents, could live with.

Two weeks ago, an officer in a brown suit approached me while I was visiting a friend's home in East Flatbush. He was there to investigate some incident that had evidently taken place on her block the night before, and wanted to know if I knew anything. I didn't.

His badge was on his hip and a slight smile sat on his face, but the moment he spoke to me, I couldn't stop shaking. Nervousness made my words come out faster than I wanted them to.

The officer noticed it and assured me that he was a good cop and "not an aggressive guy," but he and I both knew there was nothing he could say.

I was afraid, and would be uncomfortable until our interaction was over.

In Fact, I Am Never Really Comfortable

I grew up understanding that any interaction with police should be limited, if not eliminated altogether.

As a teenager, an officer jumped in my face and yelled horrendous things to me because I refused to leave my brother alone with him.

My brother is five years older than me, has a learning disability, and was being questioned about why he was walking around in the neighborhood that we lived in.

Police violence and police harassment is not a new concept I just discovered in 2014. Growing up though, the message was that if you just do everything right, then police won't shoot you.

Don't resist. Let them know if you have a licensed weapon on you. No sudden movements. No sassing. Say "no sir."

Still, since 2011 when Trayvon Martin was shot and killed by George Zimmerman (who is not an officer), police violence has been a mainstay in media conversation.

It's in my face every day in ways that it wasn't when I was growing up in North Carolina, and the headlines seem to get more and more horrendous. Police brutality videos circulate on my social media news feeds as often as makeup tutorials and cat mash-ups.

The message sent is that nobody black is safe, even when we are doing the "right" thing, like Philando Castile seemed to be, or the innocent thing like young Tamir Rice.

That's why I count two seconds at every stop sign and stop at all the yellow lights, trying to not get pulled over for something minor like Sandra Bland was for her turn signal.

My heartbeat quickens every time a police car drives near mine on the road, even when I know I'm doing nothing wrong. I turn my music down, sit up a little straighter, and immediately start praying.

When I get lost in New York City and I see a police officer, he is always my last resort when I need to ask for directions. Even then, sometimes I still don't.

Fear makes a home out of me, even when I don't want it to.

When people say "Black Lives Matter," they aren't just talking about the dead. We are saying it because those left behind to mourn and fight in the dead's honor deserve a better quality of life, too.

We don't deserve to feel scared and bereaved so often.

Being regularly on edge and in fear of having the wrong misunderstanding with the wrong police officer hurts.

Watching videos of people being killed, whether you know them or not, is terrorizing. Hearing about a black person murdered for being in a situation that you know could have easily been in really strips you of your peace.

Even in all of our celebrations of #BlackGirlMagic, #BlackBoyJoy, #BlackLove, and all the other beautiful hashtags and moments we take to justifiably celebrate ourselves, a sadness exists among us that we never permanently escape. At least, I can't.

I want that to change.