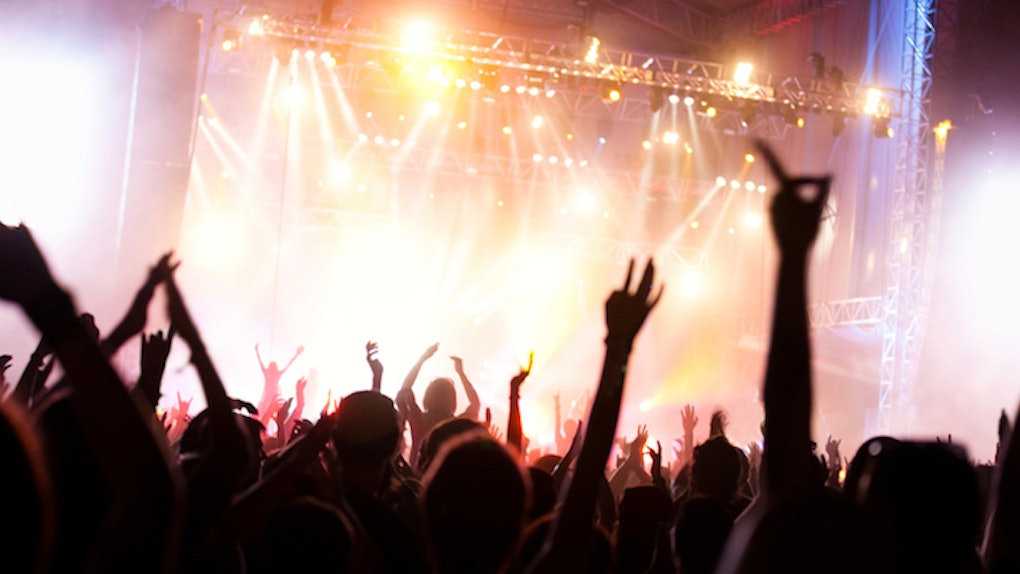 I love music festivals and I'm always searching for the next one I can dance my happy heart into. Over the past weekend, I went to The Meadows Music and Arts Festival in NYC. I bought my ticket spontaneously months ago, after I was unable to see Kanye perform at Gov Ball.

I purchased the ticket without really knowing if anyone else was going, but assuming people would. This was the second time I'd done this (this year) so I knew the universe would figure itself out and I'd find friends who were going as well. (I did.)

So, there I was meeting up with five people I didn't really anticipate attending this festival with. Not because of not knowing who these individuals were, but because it was the first festival I attended with only boys.

Usually my festival squad is mixed parties, however there's usually one girl's apartment where we all meet up to get ready. This also includes drinking mimosas, applying flash tattoos and taking pictures.

As you can imagine, none of this happened this time around.

Instead, I packed my teal suede baby backpack with the essentials: Polaroid camera, lipstick, wallet, glasses and a a pre-determined outfit I decided on hastily the day before. Onward and upward! I was ready for the boys!

Besides getting over all the obvious boy banter about seeing half-naked festival babes, a few things really stuck out to me about my testosterone-filled tribe.

I was comforted by the fact that I was surrounded by these men. I felt taken care of and, although I'm very independent, it was nice to have a group of guys watching my back. Sometimes they even threw me on their shoulders so I could see better. In a crowd of 50,000 people, it's nice to know you're amongst a strong wolf-pack.

Simultaneously, while the boys had my back, I also felt super aware of the nurturing feeling I had for our crew. I wanted to make sure we stuck together and everyone had what they needed.

I was able to be motherly without having to be a mother. I felt like Wendy in "Peter Pan;" they were my Lost Boys, and I needed to make sure there were having a good time.

Watching shows with guys also made me hyper aware of my surroundings.

Unique from a gaggle of girls, there didn't seem the constant desire to bounce around everywhere. I felt compelled to stay in one place and although at times, I felt left out of a certain joke or singalong, it was OK.

It allowed me to be present in my own moment with myself. I danced alone at times and I enjoyed the ability to do so without feeling silly.

During this two-day bliss of dancing, singing and momentarily forgetting all my real-world problems, I also forgot to worry about social media and snapping pictures for Instagram.

I think that's because I wasn't worried about taking a million pictures. Actually, I only took a total of four over the course of the entire weekend.

In a way, it felt liberating knowing I didn't have to smile for picture after picture, or that I could throw on my makeup in five minutes and be ready for the day.

I was able to stop worrying about insignificant things and just live in my boy-filled moments. When I was overwhelmed or needed to step away, I did so and it was totally cool.

I was able to experience this festival in a different way than any other festival I've attended because the boys helped me stay present and mindful. While I do love the sass of my festival girl squad, I appreciated being one of the guys for the weekend.

So, let's hear it for the boys.