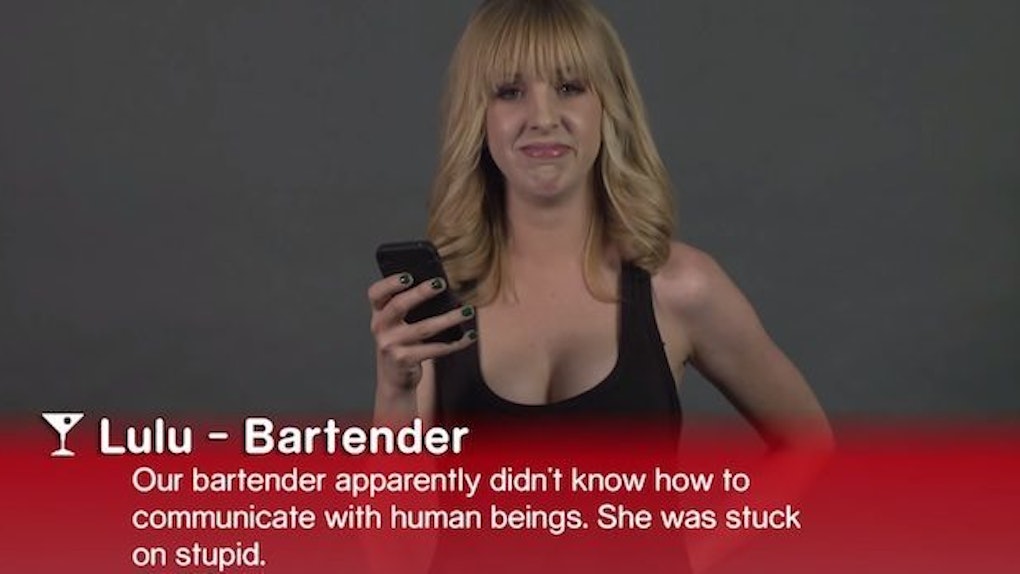 Yelp is where all the sociopaths who are too lazy to murder/eat people go to get their violent urges out.

With a little more initiative, these folks could've put their minds together to finally build the torture chamber they're always talking about.

A dozen staffers from a restaurant that's probably in California decided to help them out by reading their reviews aloud like Jimmy Kimmel's famous Celebrities Read Mean Tweets segment.

The place smelled like sh*t. Think of what your farts would smell like if you swallowed human being and they died inside you.