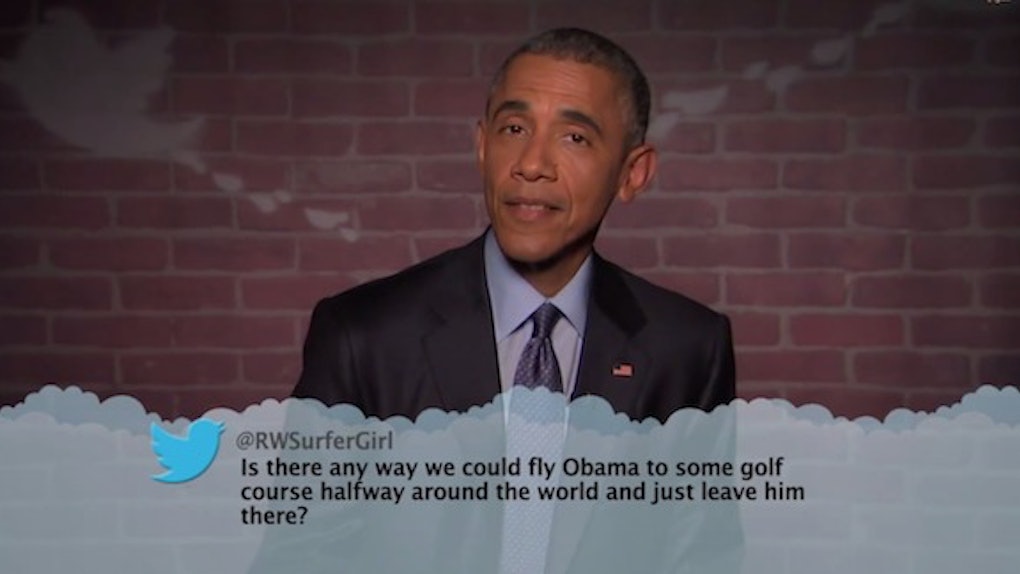 We've already seen musicians, athletes and celebrities read mean tweets, but what about the president of the United States?

On an episode of "Jimmy Kimmel Live!" last night, President Barack Obama decided to poke fun at himself in a hilarious segment of "Mean Tweets." From his big ears, to his jeans, to his nonchalant attitude, the POTUS reading some hilarious tweets was far more entertaining than the typical State Of The Union address.