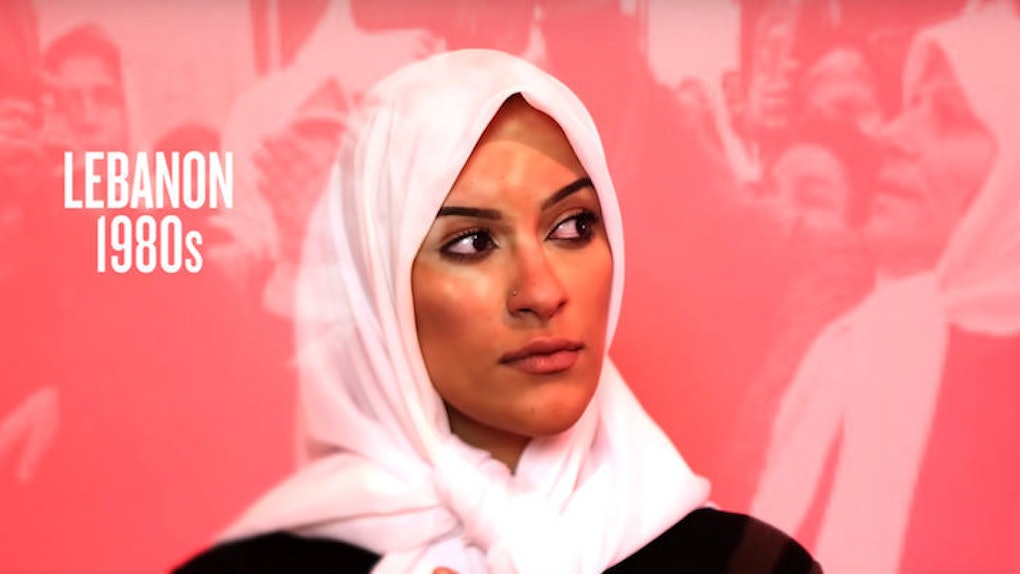 Honestly, I'm a total sucker for all of those "100 years of fashion/beauty" videos.

It's just so fascinating to see the changes in cultural ideas of beauty and fashion over time, especially when I can see all those changes in a minute or less. (What, I'm busy, OK?)

Now, in this video from MuslimGirl.com, we finally have "100 Years of Hijab Fashion in 1 Minute."

Like its predecessors, the video is an interesting look at how the style has changed over the years across many different regions and cultures.

But, it's also a look at a lot more than just fashion. The tagline of the video reads,

The hijab is more than just a fashion trend.

In a post on the website, the staff of MuslimGirl explained the hijab is fashion, religion and politics all rolled into one headscarf. They wrote,

[The hijab] represents Muslim women's control and autonomy, and has been at the center of a tug-of-war between governments and the people for its reclamation.

MuslimGirl Founder and Editor-in-Chief Amani Al-Khatahtbeh told Elite Daily she was aware other hijab fashion videos exist, but wanted this one to send a more powerful message. She said,

We didn't want this to be another cutesy hijab fashion video. We wanted to add history, culture and intention behind the message.

This video is also part of the larger campaign #MyHijabIsNotYour, which is intended to empower Muslim women as a response to commodification and politicization they often face.

Now that's what I'm talking about! Some badass ladies reclaiming their power and looking fly AF while they do it.