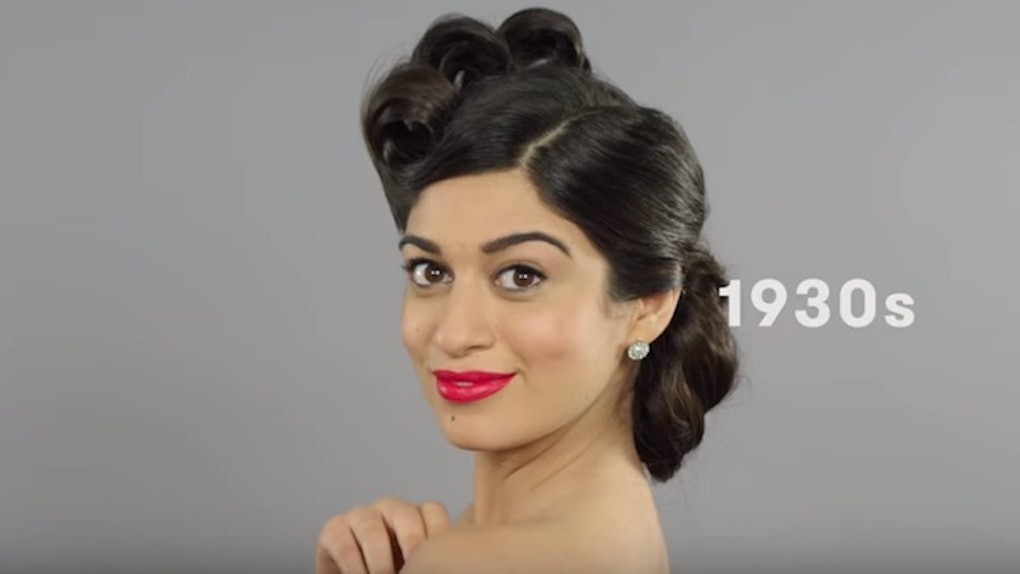 The "100 Years of Beauty" series shows a century worth of styles in different cultures.

This week, the series took on the trends in beauty over the last 100 years in Syria.

Syria has gone through many changes over the last century, and the video shows the culture's shifts. Jessica Damouni, the model in this video, has her hair covered in different degrees of severity throughout the video.

Damouni delightfully shows off fun hairstyles through the end of the 20th century. For the 2000s, she adds a headscarf. This was when Bashar al-Assad took power in Syria.

For the 2010s, Damouni is fully covered in a black hijab. During this current decade, Assad has continued his harsh rule in Syria, and the country has dissolved into a violent civil war.

The current civil war is less about maintaining a Syrian republic and more about a redefinition of the Syrian identity completely.

Damouni's face is solemn as she holds up a peace sign with the Syrian flag painted on her fingers, representing both hope and rebellion against the dominant rule.