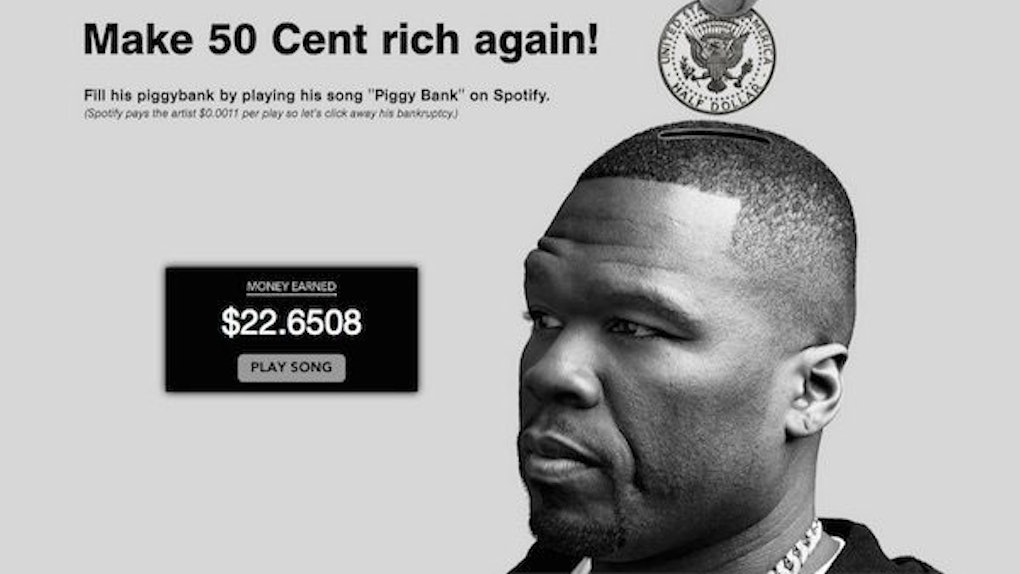 Following the devastating news of 50 Cent's $50 million bankruptcy, one fan set up a Tumblr account dedicated to helping the rapper fill his bank account.

The Tumblr, appropriately titled Make 50 Cent Rich Again!, boasts a photo of Fiddy, along with a Spotify widget programmed to play his song "Piggy Bank."

So far, the site raised $22.86. That's pretty impressive -- not because of the pathetic amount, but because that pathetic amount translates to approximately 20,781 plays of the song.

All of a sudden, Taylor Swift's tirade against Apple Music for not paying its artists seems totally valid.

As for Fiddy? Let's just say he's going to wish he never promised to “get rich or die tryin'.”

Citations: Someone has set up the Tumblr Make 50 Cent Rich Again to help the bankrupt rapper (Metro)