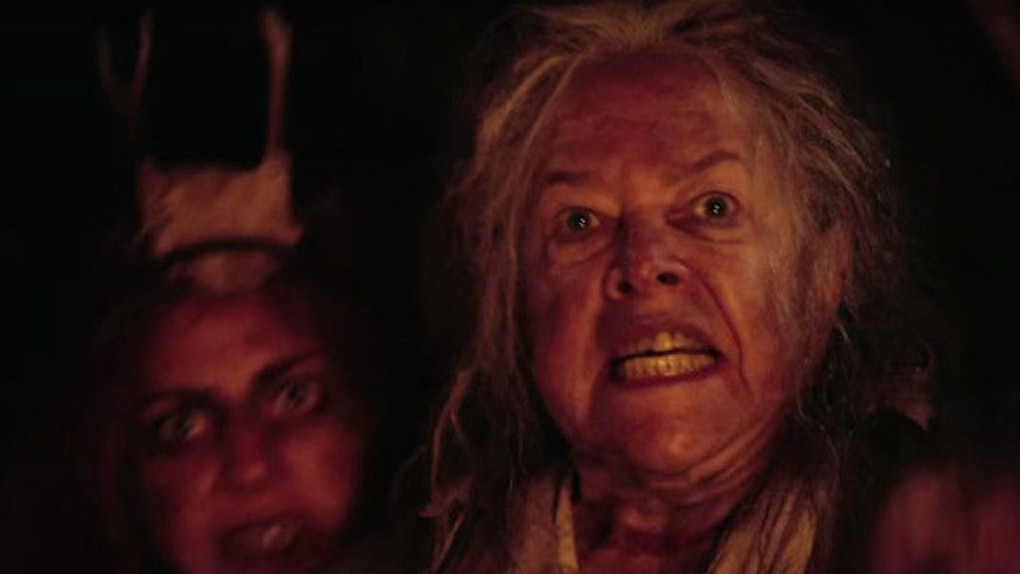 Lady Gaga made a cameo in last night's “American Horror Story” preview, but, honestly, you probably completely missed it.

Most notably, though, the “My Roanoke Nightmare” cast features arguably the most appropriate casting of all time: Lady Gaga.

Unfortunately, Gaga wasn't in last night's season premiere episode... until a brief second during the trailer for the second episode.

Blink and you miss her!

Did you catch her? If the answer is no, don't worry. She couldn't be more hidden if she tried. In fact, if you were to watch the trailer five times in a row (like I did, tbh), you still probably wouldn't catch her.

She's over here behind Kathy Bates.

Now, there is a chance this isn't actually her. Gaga's involvement with the show has been kept heavily under wraps, and this picture is sort of grainy. The likeness between that dirty forest lady and Gaga is undeniable, though, sooooooooooooo my money is on that being her.

By the way, if you haven't watched the first episode, you should probably do that now. It features Deliverance-style mountain people and a dude in a pig helmet.