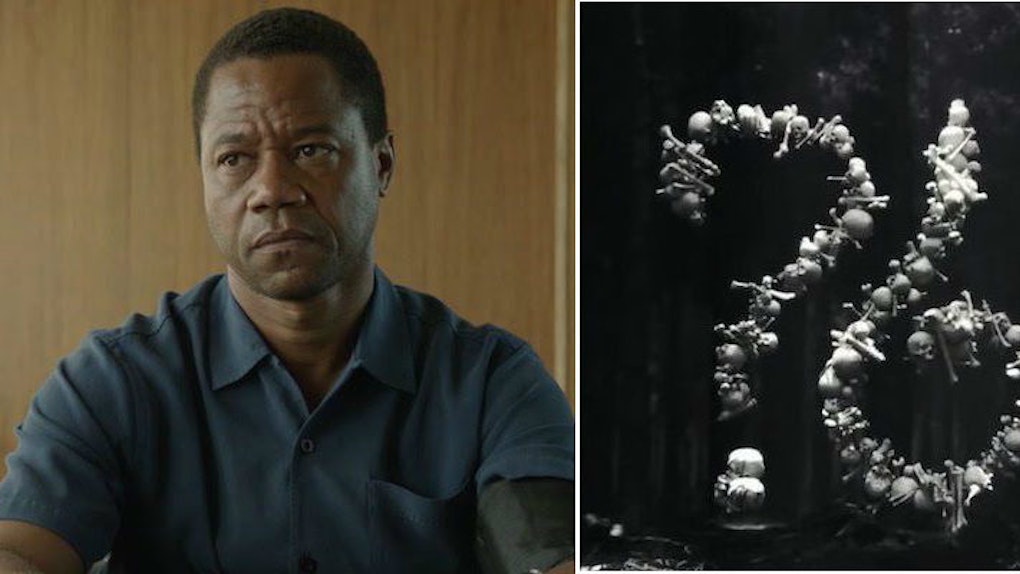 Last night was the season six premiere of "American Horror Story," and the first episode was already better than the entire "Freak Show" season.

While some fans are still speculating the theme of this season, we know from the documentary-style episode it has to do with Roanoke, the famous English settlement in North Carolina whose entire population went missing in 1590 -- aka, we'll all be dreaming about being brutally attacked by colonial people with pitchforks and torches for... uh, ever.

It's said each season of "American Horror Story" is connected, but based on last night's episode, Ryan Murphy may be weaving a connecting web throughout all of his shows.

Watch the eerily familiar car chase on playing on the TV in this clip from last night's episode of "American Horror Story."

But this mind-fuck gets even better.

In this clip, we've got Matt, played by Cuba Gooding Jr., who played OJ in the Ryan Murphy-produced "American Crime Story," frantically watching colonial people with torches and pitchforks enter his house on his iPhone security camera while a white Bronco is being chased down the highway on the TV behind him.

But, as evident by his iPhone, he's not watching the live chase happen in 1994. He's watching "American Crime Story" in present day, which means Cuba Gooding Jr. is acting as a character who is watching a TV show where he acted as another character.

Keep up these freaky Easter Eggs, Ryan. I can't wait for Rachel Berry to show up and start singing.