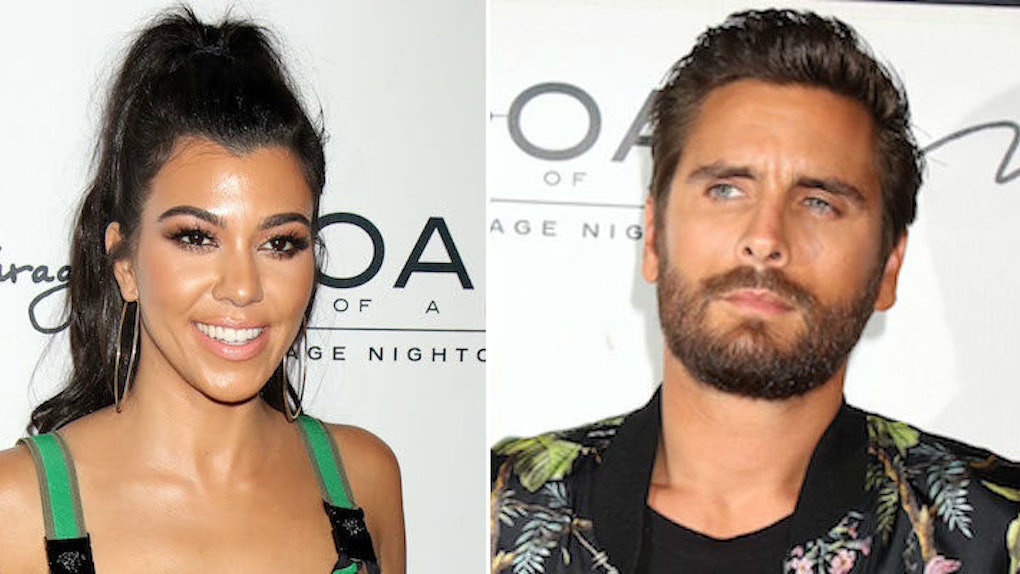 Scott Disick and Kourtney Kardashian gave us a glimpse into the future last night on Snapchat.

The parents used the face-swap filter with their kids, 3-year old Penelope and 6-year-old Mason. As it usually goes with face swap, the results were kind of unsettling.

I guess we know what Mason and Penelope are going to look like when they grow up now because that's totally how DNA works, right?!

Mason's swap with Scott Disick was particularly off-putting because he just looks like a real person.

Whereas Penelope with Kourtney's face looks like a doll from a horror movie that comes alive at night and kills you.

Ever since Snapchat came out with this brilliant feature, the celebrity face swaps have been inescapable.

But there's just something so satisfying about seeing a beautiful Kardashian face distorted weirdly onto the face of someone else. If that's disturbing and wrong, I don't want to be right.

Also, the Kardashians can try as hard as they want, but no one will ever top Chrissy Teigen's face swap with baby Luna. Sorry, they just won't.

Citations: Kourtney Kardashian and Scott Disick Face Swap With Their Kids and the Results Are Kind of Creepy (E! News)