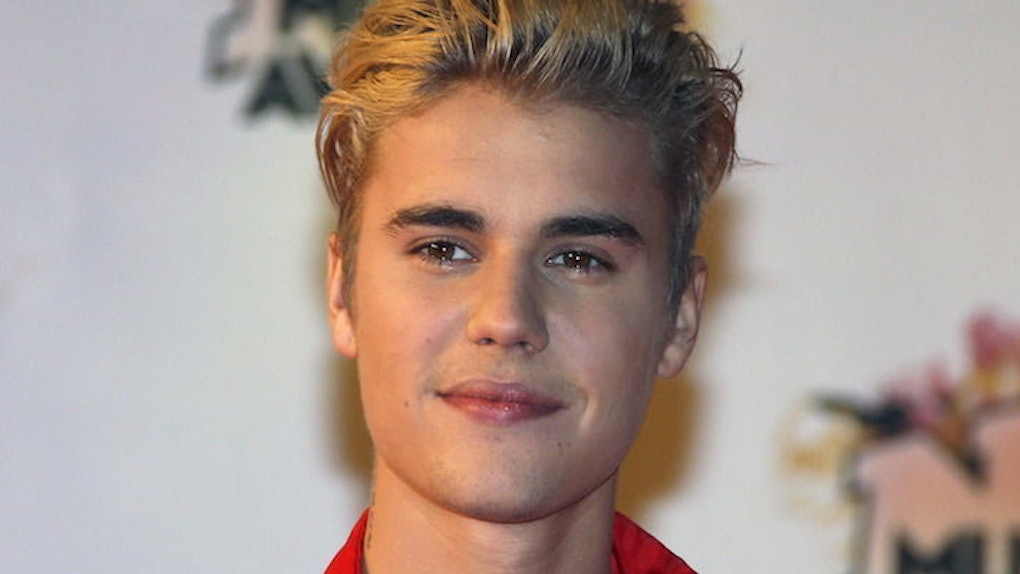 Justin Bieber got in a crazy fight Wednesday night and things didn't end well for him.

The 22-year-old singer was in Cleveland for the NBA finals game three, when he got himself into an altercation with another man.

A video was captured by TMZ of Justin getting beat up by the man, who was literally twice his size. LOOK HOW SMALL BIEBER IS. He looks like a little bug.

You can watch the video below to see what really went down.

There's also this clip of Justin being held back and calmed down right after the fight ended. Yeah, things got intense.

When the footage was first leaked, it was unclear how and why the fight started, but now we have answers.

TMZ shared a video posted by Lamont Richmond, the man who beat up Bieber. Apparently, the entire fight started because Richmond wanted an autograph. LOLOLOLOL.

Bieber has been very open about his no photo policy before, sharing this Instagram with his followers.

The decision came right after he cancelled his meet-and-greet with fans at his Purpose world tour in March.

I guess he wasn't kidding.

It looks like Bieber is doing OK though, despite the fact that he got beat up and everyone's talking about it.

The singer posted several selfies to Instagram and even captioned one "Not a scratch on this pretty boy." The Insta has been deleted but OOPS, we have it here.

I'm praying for you, Bieber, and I promise I'll never ask for a photo or autograph again.