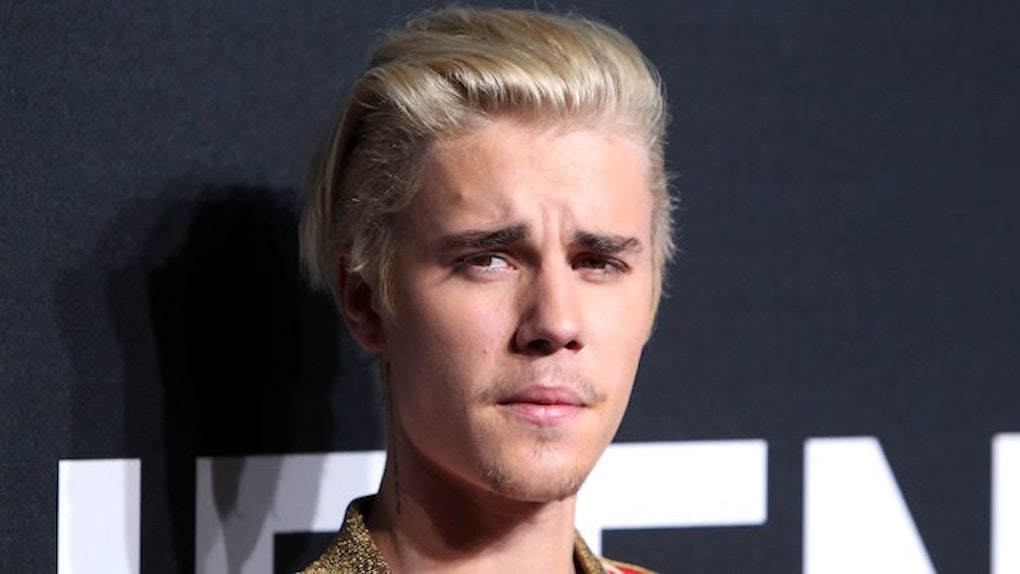 Ugh. Justin Bieber is really going through something, you guys.

In case you missed it, last night in Cleveland, Justin got into a pretty serious fist fight. And this wasn't like a playground tussle over a bad dodgeball game, he got dome rocked pretty hard by a guy twice his size.

It was unclear how the fight started and what it was about, but I assume it ended with the huge dude walking away, chuckling while softly whispering "is it too late now to say sorry?" to himself.

I've been waiting all day for Justin to post something about the incident so I know he's OK. I've honestly been worried sick. Will his face ever look the same? Were his beautiful angelic vocal cords harmed? Did his hair change at all (kind of hoping it did, TBH)?

Luckily for me and all his other fans, Justin shared this Instagram with the world.

As if his perfectly sculpted and clearly unharmed face wasn't enough, JB captioned the photo,

Not a scratch on this pretty boy

OK, now we have a lot to discuss. Yes, Justin is pretty. Anyone with eyes knows that, but it's kind of disheartening to see he refers to himself as a "pretty boy." It's kind of disturbing, actually.

But what's even more disturbing is the fact he DELETED THE INSTAGRAM MOMENTS AFTER POSTING IT.

Ugh. It just doesn't end with this one.

Justin, if you're out there, we're all genuinely worried for you. Please keep that pretty face out of fights and away from fists.

And maybe try the whole hot-but-still-super-humble thing on for size.