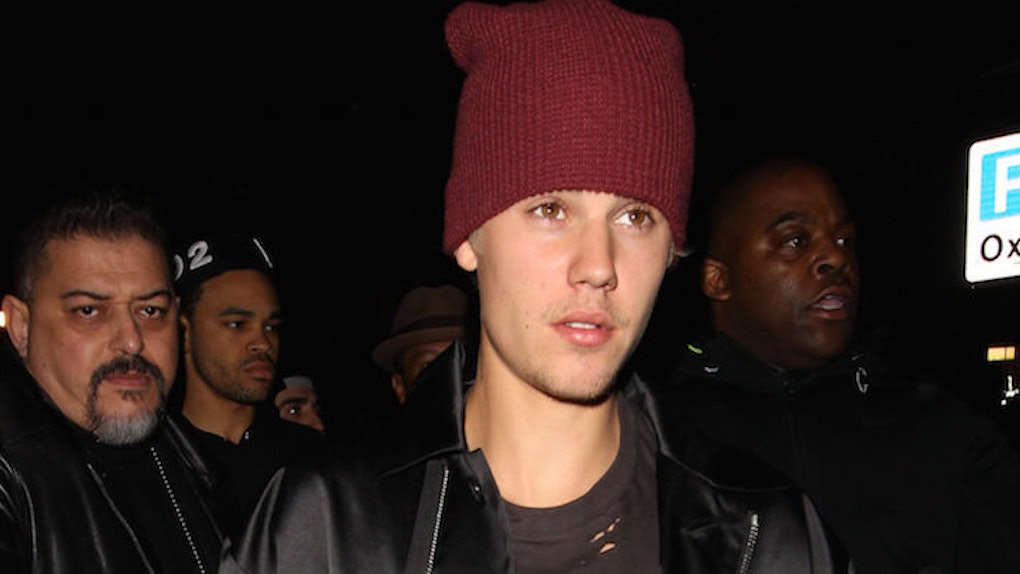 Justin Bieber got himself into a pretty scary fight last night, and it didn't end well.

On Wednesday night in Cleveland, the Purpose singer was seen getting into a brawl with a guy much larger than him. I'm talking twice Bieber's size. JB, WHAT ARE YOU GETTING YOURSELF INTO?

TMZ captured video footage of Justin and the man's altercation, and it's not pretty.

In the video above, you can see Justin facing the guy when suddenly he's attacked and thrown to the floor.

The two are surrounded by people who try to break up the fight before things get too ugly. It's a quick clip, but it's enough to see what really went down.

It's unclear how the fight started and who threw the first punch, but we do know Bieber was in Cleveland for Game 3 of the NBA Finals.

This isn't the first time Justin has gotten in a fight. Remember when he shoved rapped Desiigner while out at 1 OAK nightclub?

Or what about that time Post Malone choked him out in the club?

Hmm, perhaps this photo will jog your memory.

I'm not sure what's going on with you, Bieber, but PLEASE BE CAREFUL! Call me if you need anything, OK?