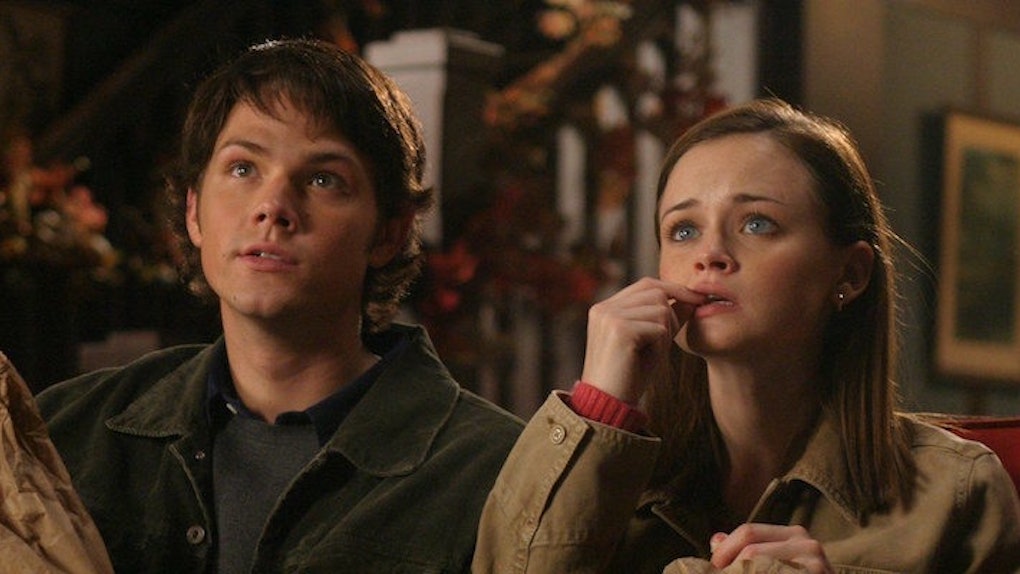 Rory And Dean Share 1 Scene Only In 'Gilmore Girls' Revival

It's now official: Rory will not end up with Dean in the "Gilmore Girls" revival.

If you've been paying attention, you likely knew this already, but this new quote from Alexis Bledel all but confirms it.

In a roundtable interview with Collider this week, the 35-year-old actor, who plays Rory, let it slip she only had one scene in the revival with the actor who plays Dean, Jared Padalecki.

When asked what it was like to work with the "Supernatural" actor again, Alexis replied,

When the interviewer clarified the two had only filmed one scene together, she said,

I guess I just said that, so oops!

But don't worry Alexis — this really isn't so bad of a slip.

All it takes is a quick IMDB search to know Padalecki is only in one episode of "Gilmore Girls: A Year in the Life," compared to Milo Ventimiglia's (Jess) and Matt Czuchry's (Logan) two and three episodes.

So unless Rory and Dean are getting together in the very last scene of the very last episode of the revival, it seems like it's down to Jess and Logan.

But to be fair, that last-minute get-together is a move "Gilmore Girls" fans are quite familiar with.

Plus, we already had a slip from the guy who plays Christopher, who also implied Rory would not be with Dean.

Sorry Dean fans! But it seems like there aren't a lot of you, anyhow.

Personally, even though I'm a Jess girl through and through, I think most of the evidence is pointing toward Logan.

In an interview with TIME last week, Sherman-Palladino said she regrets the love triangle rhetoric that came out of the show.

Sometimes I wish that the Dean and Jess thing weren't so prominent, because in the grand scheme of Rory's life, who her boyfriend was when she was 16 years old is such a small event. I don't begrudge people the excitement of Jess and Dean. But they were there to show Rory's evolution as a character.

Eek. Sorry for letting you down, once again, Mom, but can you blame us? We're just so excited to live vicariously through Rory's romances.

Well, we'll find out for sure in just a few short weeks — “Gilmore Girls: A Year in the Life,” premieres on Netflix November 25.