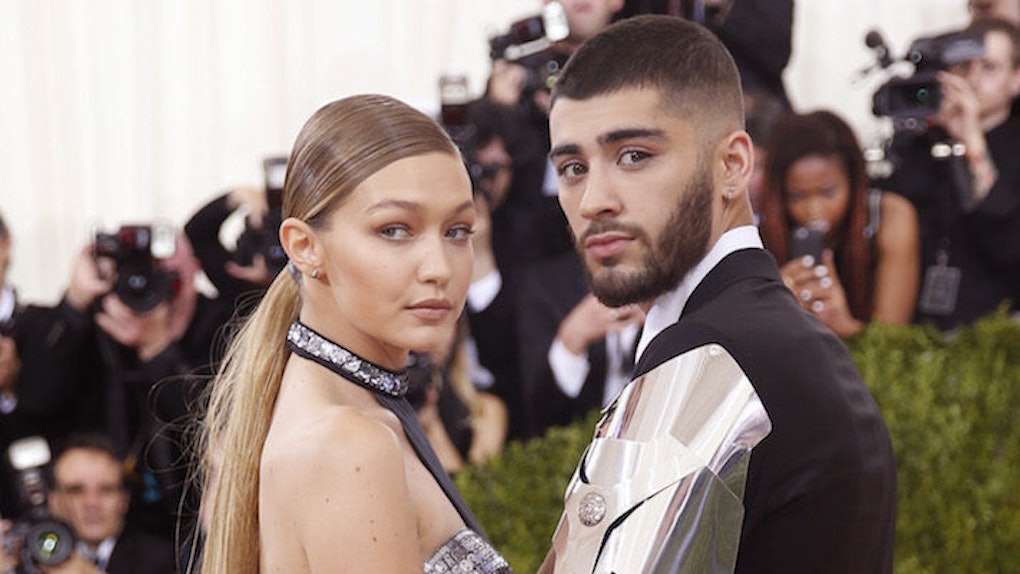 Let's be real here, there's a difference between jumping to conclusions and following a series of deliberately provided signs, particularly when it comes to celebrity couples like Gigi Hadid and Zayn Malik.

Take Miley Cyrus and Liam Hemsworth, for example. They deliberately held hands in public during a trip to Australia, yet people still thought assuming they were reunited was jumping the gun.

Lo and behold, Miley was spotted with Liam's engagement ring, and they're definitely together again.

Katy Perry and Orlando Bloom dropped similar hints before they went Instagram official and what do ya know, definitely together.

Now, we're in a similar situation with Gigi Hadid.

There were rumors she and Zayn Malik had broken up, but then she was spotted wearing a necklace with a "Z" and "G" on it.

But then, videos of her on Snapchat singing Zayn's "Pillowtalk" started to pop up.

Then, Gigi gave this answer to Elle during a rapid-fire interview session, and there is no reason to deny the obvious anymore. When asked whether she likes a night out or a night in, Gigi said,

Night in. Cook. Paint. Play with my dog. Hang out with my boyfriend. Watch movies. Just chill.

Yeah, she likes hanging out with her "boyfriend," who maybe, just maybe, might be the guy whose songs she sings and whose necklaces she wears, all in public.

Right, Gigi might as well have just said it: She and Zayn are still a thing.