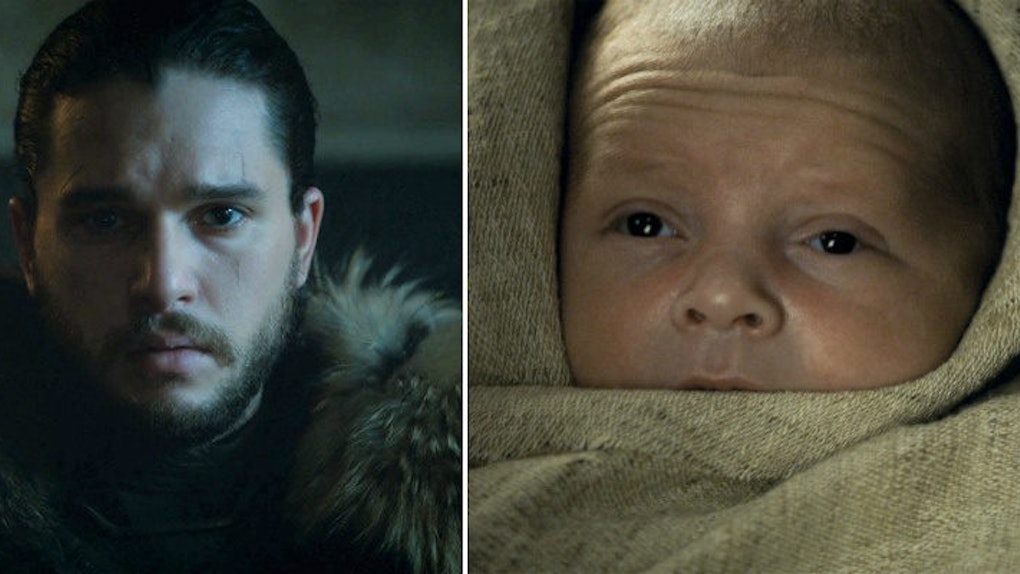 Season six of "Game of Thrones" was noteworthy for many reasons, but mainly because it provided us with more fan theories than any season prior.

We now know about the three-headed dragon theory of Daenerys Targaryen, Jon Snow and Tyrion Lannister. We know Cersei has become the Mad Queen. And, of course, we're going agonize over whether or not Sansa Stark is pregnant with Ramsay Bolton's child for at least 10 months.

This latest theory, though, courtesy of Reddit user sparkledavisjr, could be one of the most important ones to date. It has to do with the new King of the North and his increasingly legitimate claim to the Iron Throne.

According to sparkledavisjr, in the Tower of Joy scene from the season six finale, "The Winds of Winter," after Lyanna Stark gave birth to Jon Snow, she appeared to reveal Jon's real name to her brother, Ned Stark.

Lyanna whispers to Ned, "His name is...," but we can't really make out the rest. Sparkledavisjr had deduced this name is a three syllable word beginning with a J. Jon is obviously one syllable, so that's our first clue it's not Snow's real name.

Let that sink in for a minute, because if we're now to understand Jon is the son of Rhaegar and Lyanna, then you almost have to believe his name isn't really Jon. That's a bastard's name. The new King in the North is certainly not Ned Stark's bastard.

As sparkledavisjr points out, it would make sense Ned Stark changed his nephew's name to Jon Snow because if Robert Baratheon found out a Targaryen baby boy had just been born from Lyanna, he would undoubtedly stop at nothing to have him killed.

This Reddit user also explains the origins of the name Jaehaerys, as Jaehaerys I was the fourth Targaryen king to sit on the Iron Throne and ruled justly and wisely during his reign.

This is a theory based on knowledge of the entire "Game of Thrones" story, what we've seen on HBO and what we haven't, and it would certainly further prove the legitimacy of Jon Snow's lineage and his claim to the Iron Throne.

We'll have to wait for season seven to find out just how everything will play out, though.

Citations: [Everything] His Name Is... (The True Meaning of J) (Reddit)