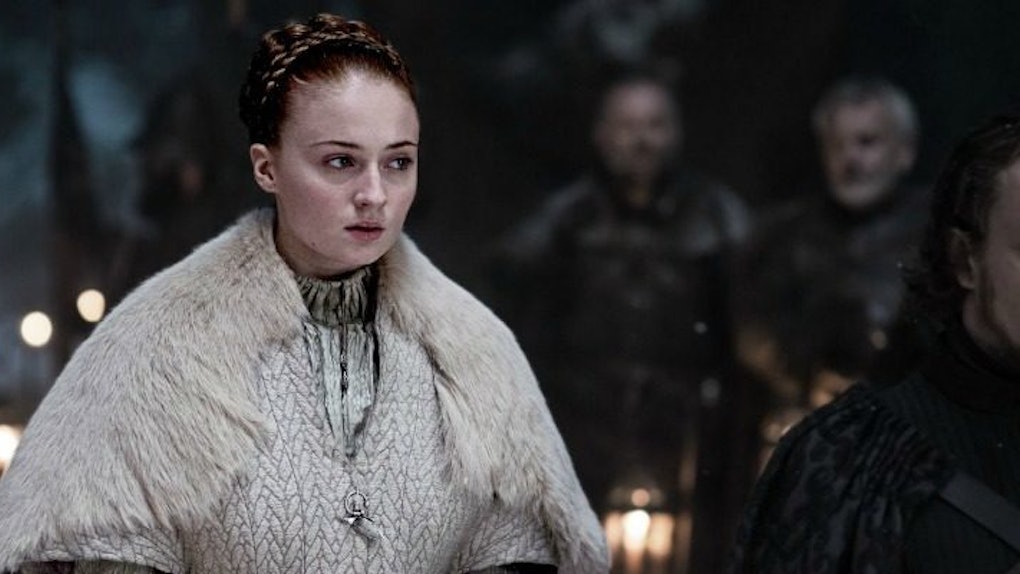 While we were all busy celebrating Ramsay Bolton's deserved death at the end of "Game of Thrones'" "Battle of the Bastards," it appears we may have missed a major clue regarding his everlasting influence.

Yeah, getting eaten to death by rabid, starving hounds may have left Ramsay Bolton unrecognizable, but according to this Reddit theory from a few months ago, it looks like he may still be able to terrorize Sansa Stark from beyond the grave.

In season five episode six of "Game of Thrones," "Unbowed, Unbent, Unbroken," we watched in horror as Sansa Stark was graphically raped by Ramsay Bolton on their wedding night.

The scene stirred up plenty of controversy, but it also gave rise to the theory Sansa would become pregnant with Ramsay Bolton's child. I know, it's a horrible, sickening thought.

Sunday night, at the end of season six episode nine of "Game of Thrones," right before his death, Ramsay Bolton appeared to throw that theory about Sansa's pregnancy right back into the spotlight.

Check out the clip below, in which Ramsay, despite having to know he's about to die, tells Sansa she can't kill him because he's a part of her now.

If you listen to the above clip and combine it with what happened at the end of "Unbowed, Unbent, Unbroken," it's fair to theorize the only thing Ramsay could be referencing is the child Sansa is now carrying.

It didn't take long for others to catch on to Ramsay's words and draw the inevitable conclusion Sansa is indeed pregnant.

As some have pointed out, there is always the possibility Ramsay was just messing with Sansa's head because, well, he was going to be Ramsay Bolton until he drew his last breath.

However, this image suggests it's more than likely Sansa is indeed pregnant with Ramsay Bolton's child.

This would be so typical of HBO's "Game of Thrones." Just when you think characters are in the clear, there's something that pops up to drag them back to their miserable reality.