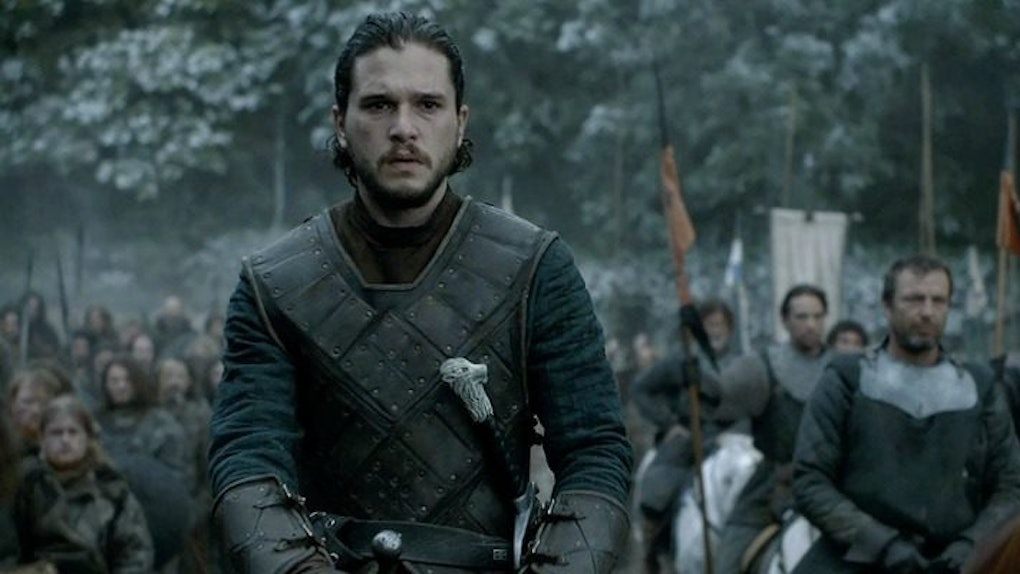 If you haven't already seen the latest episode of "Game of Thrones," your Monday morning has probably already been ruined by a co-worker or Twitter revealing the epic spoilers.

Hell, the title of this article is a spoiler. Yes, we all jumped off the couch when Littlefinger and the knights of the Vale finally joined the fray and helped Sansa Stark and Jon Snow take back Winterfell from Ramsay Bolton.

We all cheered with the enthusiasm of a Roman Colosseum crowd as Jon Snow blocked Ramsay Bolton's arrows, then smacked him across the face with his shield and pummeled him until he was so bloodied he was barely recognizable.

It was graphic, gory and fucking epic. Ramsay got exactly what he deserved, and you know what? It wasn't enough.

I, as I expect many "Game of Thrones" fans might have felt, wanted Snow to keep punching him until his head exploded, until, of course, we saw how Ramsay eventually met his official end.

Those punches, not to mention the entire battle scene, felt real, which is why this story about Kit Harrington (Jon Snow) apparently punching Iwan Rheon (Ramsay Bolton) in the face during the filming of episode nine is more than a little plausible.

I actually did punch Iwan in the face twice by accident. Which he took really well. He was really nice about it. I had to buy him a pint after that one.

In case you're wondering just how hard Harrington hits, the actor who plays Ramsay Bolton on "Game of Thrones" reportedly said,

That was good. Jaw hurt a bit the next day. But, you know, it's understandable.

Either way, a sore jaw and a free beer sounds a hell of a lot better than a pummeling and being eaten to death by hounds.

For an in-depth look at episode nine of "Game of Thrones," and to hear Harrington talk about punching Iwan in real life, check out the video below.